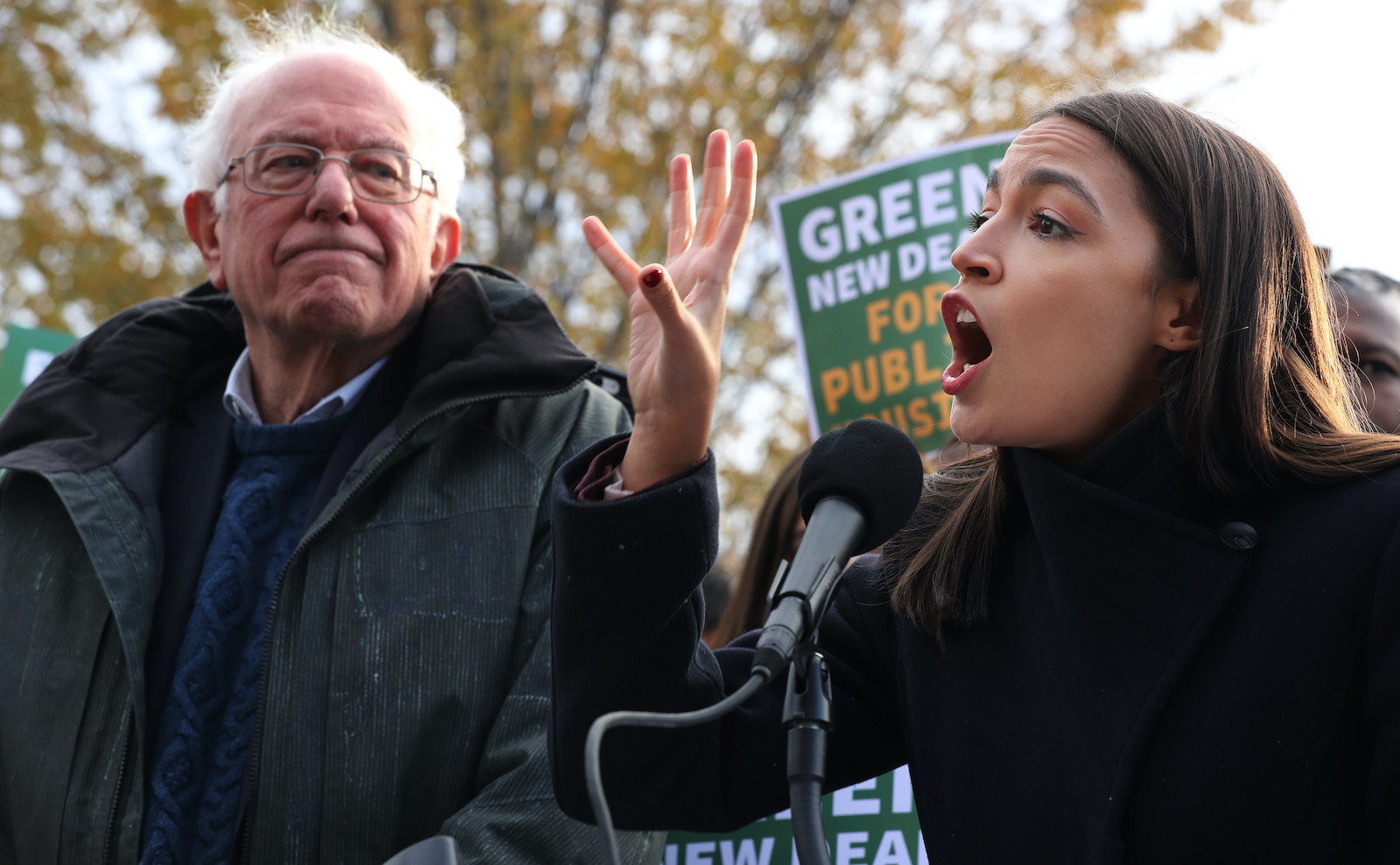 Rep. Alexandria Ocasio-Cortez (D-N.Y.) and 2020 presidential candidate Sen. Bernie Sanders (I-Vt.) have announced their support for an effort to ban fracking, which has helped make the United States a global energy powerhouse while lowering costs for American energy consumers.

On Wednesday, Ocasio-Cortez along with Rep. Darren Soto (D-Fla.) announced a House bill that would phase out fracking in the United States over the next five years. According to a news release from Soto’s office, the legislation would prohibit hydraulic fracturing within 2,500 feet of homes or schools by 2021 and implement a nationwide ban on the practice by the year 2025.

“The science is clear: fracking is a leading contributor to our climate emergency,” Ocasio-Cortez said in a statement. “It is destroying our land. It is destroying our water and it is wreaking havoc on our communities’ health. We must do our job to protect our future from the harms caused by the fracking industry and its methane emissions.”

The release also notes Sanders’ support of the effort.

“Fracking is a danger to our water supply. It’s a danger to the air we breathe, it has resulted in more earthquakes, and it’s highly explosive,” Sanders said of the legislation. “To top it all off, it’s contributing to climate change. If we are serious about clean air and drinking water, if we are serious about combating climate change, the only safe and sane way to move forward is to ban fracking nationwide.”

Fracking — or hydraulic fracturing — is an extraction method that has led to the boom of United States domestic oil production over the last several years. It’s a drilling method that uses hydraulic pressure to extract oil or natural gas from shale rock formations.

In contrast to the persistent pollution and safety claims about the practice, a 2018 report from the Heartland Institute found that “Well-researched studies clearly and consistently show fracking does not pose serious health or safety concerns to the public, and the best-available data do not justify the imposition of unnecessary fracking regulations, moratoria, or bans.”

But for all of the environmental complaints about fracking, the extraction process has come with a lot of benefits.

A deluge of fracked oil was largely responsible last year for the United States’s first full month of exporting more oil than it imported since the U.S. started keeping track of the numbers in 1949. Increased energy production levels also led to the U.S. being named the world’s top oil producer in 2018.

And all that increased production has led to lower energy costs for working Americans, according to research.

In October, a report released by the White House Council of Economic Advisers estimated that the “shale revolution” saves an average American family of four $2,500 per year. A report released a month later found that increased American natural gas production saved American consumers over $1 trillion over the course of a decade between 2008 and 2018.

Furthermore, a 2017 report from the U.S. Chamber of Commerce estimated that a fracking ban could lead to a loss of almost 15 million jobs by the year 2022 while gasoline and electricity costs could “almost double.”