Ban Fracking to Win the Fight Against Climate Change 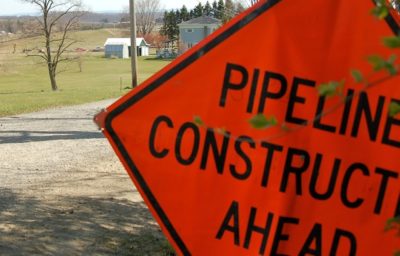 Goal: Ban fracking in the state of California to preserve wildlife, protect natural resources, and win the fight against climate change.

Fracking has poisoned animals, destroyed natural resources, polluted water, and turned beautiful landscapes into barren wastelands. Now, California is seeking to join New York and Maryland as the next state to ban this dangerous and destructive practice.

State Sen. Scott Wiener is working with two other state senators in the California legislature to introduce a bill that would ban fracking entirely. This follow’s Governor Gavin Newsom’s calls to ban hydraulic fracturing by 2024. The governor does not have the authority to make this move, so he asked the legislature to act. Senator Wiener said he would like to see the practice banned well before the governor’s deadline.

Sign the petition to show your support for the state senators working to ban fracking and the damage it causes. Fracking makes up roughly 20% of California’s oil and gas production. To eliminate this practice would be a huge step in fighting the war against climate change and could potentially influence other states to follow.

Fracking has wreaked destruction across the United States. From Pennsylvania to California, we have seen hydraulic fracturing poison animals, pollute water, cause earthquakes, and destroy pristine natural landscapes. Numerous nations across the globe have banned the practice, while only a handful of U.S. states have followed suit.

Three senators in your legislature are introducing a bill that would seek to ban the practice in the next year or so,  following Governor Newsom’s proposal to ban fracking by 2024. Banning fracking would be a tremendous win in the war against climate change. For the future of your citizens, America, and the planet, I ask that you allow this legislation to move forward for a vote.