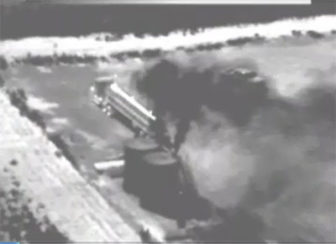 Not just burning a resource, like coal or natural gas, but getting it out of the ground and taking it to market is bad for the climate too.

It has long been assumed that natural gas, because it burns more cleanly than coal, is more climate friendly than coal. But emerging science strongly suggests that is not the case.

How can natural gas be worse for the climate than coal?

Carbon dioxide is formed when either coal or natural gas are burned. But natural gas is mostly methane, and methane is much worse for the climate than carbon dioxide: 86 times worse over 20 years according to the Intergovernmental Panel on Climate Change (IPCC).

So if enough methane leaks before burning, its climate benefit relative to coal is erased.

The cumulative effect of these leaks makes natural gas more climate-unfriendly than coal as corroborated by many independent studies of gas-field methane emissions, including those from the National Oceanic and Atmospheric Administration (NOAA), Purdue University, and the Cornell University research team which was the first to explore the climate impacts of natural gas and shale gas production.

Strong federal rules are critical to protecting our health and climate from oil and gas related air pollution.

By drawing attention to this issue, Earthworks and allies helped push the Obama administration to initiate a methane emission reduction plan.

In the summer of 2016, the U.S. Environmental Protection Agency (EPA) finalized a methane pollution rule for new oil and gas sites. The rule requires oil and gas operators to limit emissions in part by performing Leak Detection And Repair (LDAR).  The EPA rule also:

Unfortunately the Trump administration is trying to repeal the rule. Former EPA Administrator Scott Pruitt first attempted a 90-day delay of the rule under the Clean Air Act, but the court of appeals blocked the delay. As a result, portions of the rule went into effect in August 2017. At the end of 2017, EPA sought additional comments in preparation for a renewed attempt at delaying and ultimately repealing the rule.

The Bureau of Land Management (BLM)’s Methane Waste Prevention rule — which applies to new and existing oil and gas facilities on public lands owned by all Americans — requires operators to monitor for leaks and repair them (LDAR); it also places limits on venting and flaring.

The Trump administration is trying to roll back the BLM rule too. It was first threatened by the Congressional Review Act in May 2017, but the vote failed (49-51). Interior Secretary Ryan Zinke then attempted to delay the rule for one year, but the US District Court in California struck down that delay under the Administrative Procedures Act, putting parts of the rule in effect. However, in December 2017,  Zinke simply proposed another rule delaying the BLM methane. States and environmental groups filed new lawsuits in California. On February 23, 2018, the Court temporarily stopped BLM from delaying the rule. Though the day before, BLM published a proposed rule to rescind all of the critical elements of the rule.

However, state rules are better than no safeguards.

Several states have methane rules in place of varying usefulness. Colorado and California’s rules are stronger than the EPA & BLM rules.

Colorado’s rule was negotiated with the oil and gas industry, was endorsed by the industry, and has been in place for several years without affecting oil and gas production.