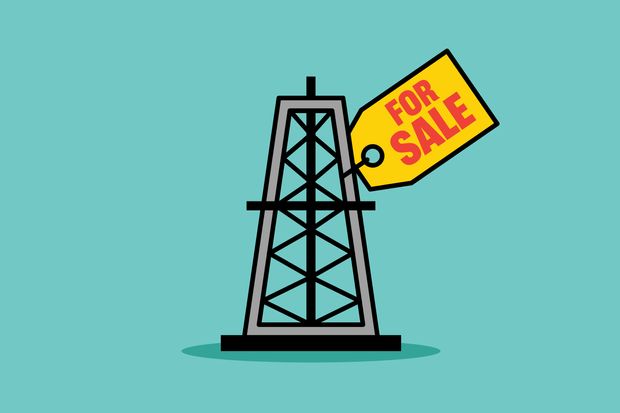 The U.S. oil boom was the most exciting growth story in energy for nearly a decade. But the exit of a major player from a big part of the business suggests that the growth story may be over.

last week said it would unload its North American hydraulic-fracturing unit, combining it with

for a 37% stake in Liberty worth $488 million. Schlumberger helped transform U.S. oil exploration, making fracking more efficient and profitable and the U.S. the world’s No. 1 oil producer. But Covid-19 and years of weak results have turned investors off.

There are now fewer than 100 U.S. fracking spreads, or sets of fracking equipment, from over 400 in 2018. New Schlumberger CEO Olivier le Peuch has committed to reducing assets and focusing more on overseas business, while cutting 21,000 jobs and reducing the dividend. On Wednesday, Schlumberger shares were down 0.3%, to $18.57.

Liberty will become the third-largest oil-service company in North America, notes Evercore. “The Covid pandemic has thrown the world for a loop, bringing serious stress to our industry, but these dark hours are most fertile for opportunity,” Liberty CEO Christopher Wright said in a conference call. But even he doesn’t think that fracking’s glory days are coming back soon. Wright expects strong free cash flow and investment returns in years ahead, even though active fracking fleets will probably remain far below their 2018 peak.

The deal points to a future where producers are increasingly choosy about their partners, says Evercore’s James West. Employment will stay subdued, but a few players will do well. West rates Liberty shares at In Line with an $8 price target; Schlumberger at Buy with a $28 target.

U.S. equity and bond markets are closed in observance of Labor Day.

An eighth round of Brexit talks between United Kingdom and European Union negotiators takes place in London. The EU would like an agreement before October, so it can be approved by the European Parliament before the transitional period ends on Dec. 31.

The National Federation of Independent Business reports its Small Business Optimism Index for August. The consensus estimate is for a 98.9 reading, even with the July figure.

The Federal Reserve reports consumer credit data for July. In June consumer debt rose by $9 billion after three months of shrinking, as Americans closed their wallets and stayed at home. It was the first time that consumer debt fell in three consecutive months since 2010, in the aftermath of the financial crisis.

The Bureau of Labor Statistics releases its Job Openings and Labor Turnover Survey for July. Economists forecast six million job openings on the last business day of July, up from June’s 5.9 million.

The Bank of Canada announces its monetary-policy decision. Since cutting its key short-term interest rate three times in March, from 1.75% to a record-low 0.25%, the central bank has stood pat. It is expected to keep rates at this level through at least the end of 2021 to help stabilize the economy, which shrank at an annualized rate of 38.7% in the second quarter.

The European Central Bank announces its monetary-policy decision. The ECB is likely to leave its benchmark deposit-facility rate unchanged at a record-low negative 0.5%.

The Bureau of Labor Statistics releases the producer price index for August. The PPI and core PPI, which excludes volatile food and energy prices, are both expected to gain 0.2% month over month. This compares with increases of 0.6% and 0.5%, respectively, in July.

The BLS releases the consumer price index for August. Consensus estimate is for 1.2% year-over-year rise, ahead of July’s 1% gain. The core CPI is seen gaining 1.5%, nearly even with the July data.

Write to Avi Salzman at avi.salzman@barrons.com