‘I still like Trump’s chances’: Pennsylvania’s forgotten say the president is their man for 2020

It is not an unusual sentiment in this blue-collar corner of Pennsylvania: “I voted Trump last time, and I’ll vote Trump next time because there’s a lot of loonies out there.”

What is unusual is that Gary Reese, 75, served as the Democratic mayor of Kingston, a town in Luzerne County at the heart of what used to be the state’s coal belt, in the 1990s. “The Democrats used to be about the working man,” he continued. “Now, they sound like communists.”

Luzerne County emerged as one of the bellwethers of Mr Trump’s unlikely 2016 victory, a place where a predominantly white, blue-collar electorate plumped for the Republican nominee. Here, successive victories for Barack Obama were transformed into a Trump win of 26,000 votes — more than half his winning margin in a state that flipped from blue to red.

Voters were motivated by his promise to bring back jobs, keep out illegal immigrants, and to speak for a population who believed they had been forgotten.

This time around, members of the informal political chat group that gathers each morning for the $3.99 breakfast special (two eggs, bacon, toast and home fries) at the Pierce Street Deli see little to win them back.

Talk of a “Green New Deal” goes over badly in an area where the Marcellus Shale, one of the largest reserves of natural gas found in the country, is driving a fracking boom.

“Snow White had seven dwarfs. The Democrats have 20 morons,” is how one voice at the table put it. 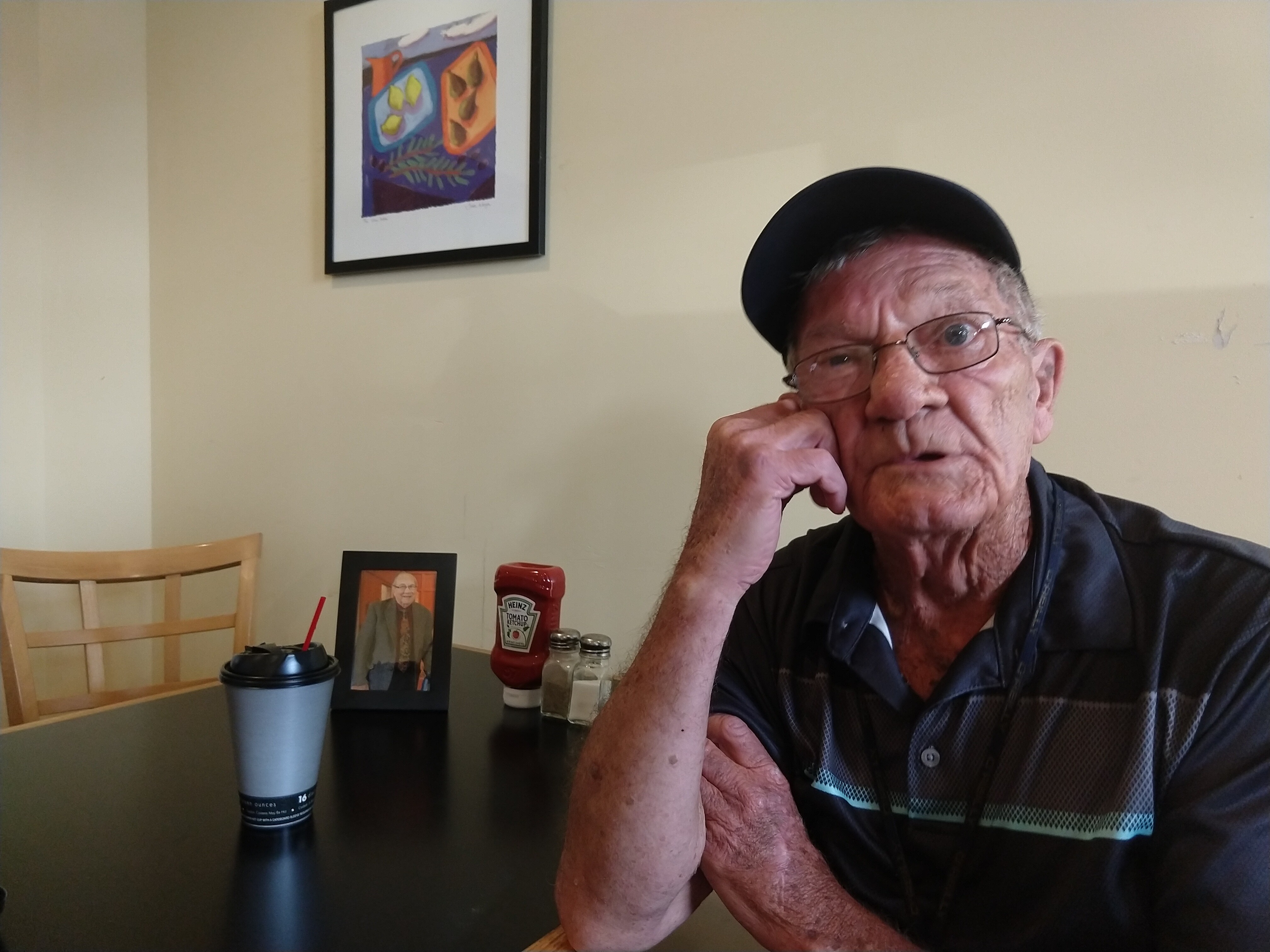 Gary Reese served as Democratic mayor of Kingston, Pennsylvania, from 1994 to 1998 but will be voting for President Trump in 2020.

Reese, whose weathered skin is the legacy of a career as a golf professional, said only a pragmatic candidate, with tested policies, had a chance of winning over hard-headed locals. Even Joe Biden, seen by many Democrats as the right sort of electable figure, gets short shrift for being dragged to the left.

“If Joe Biden was the nominee, I guess there’s a chance that Pennsylvania could go back to blue, but I still like Trump’s chances of winning,” he said.

The mention of Biden, who frequently touts his roots in nearby Scranton, draws snorts of derision from across the table. “He left here when he was 10,” says Chuck Molinari, who runs a store selling fitness equipment. “He remembers when it’s convenient to be a Scranton guy.”

Molinari’s store sells rowing machines and elliptical trainers made in China and Taiwan. But the costs of a trade war are well worth the benefits of tackling a national security threat, he said. “If I’m selling a $2,000 treadmill and it goes up $50, then I still need to make the sale,” he adds. “And if I have to eat that little bit extra, then I will.”

Kingston tells the story of Trump’s America. Founded on coal, it prospered during the 19th century. Decline a century later was first offset by a new wave of manufacturing jobs before the factories left for cheaper locations overseas.

Some service sector jobs have arrived, but unemployment runs about a point higher than the national average.

Mike Mikus, a Democratic strategist based in the west of the state, said a successful strategy is needed to win back the never-Hillary voters, as well as retaining the suburban women who turned out in the 2018 midterm elecions.

Kingston’s hard core of Trump supporters may not swing back, he added, but after such a narrow defeat in 2016 a statewide victory may mean eating into the winning margin there while driving up turnout in Philadelphia and Pittsburgh.

The choice of nominee could yet prove crucial.

“I don’t think anyone has done anything fatal yet, but they have come close a few times,” he said. “I’m a big believer in politics as a game of addition not subtraction, and you should be crafting your message to appeal to the widest base possible.”

It will be a tough fight, said David Urban, who was a senior adviser in the effort to win Pennsylvania. “It is not going to be any easier in 2020 than it was in 2016,” he said. “If anything it’s going to be more difficult because this time nobody is taking the president for granted.”

But he pointed to Democratic debates dominated by promises to decriminalize illegal border crossings and healthcare for all as cause for optimism. “It’s wildly popular in New York, San Francisco, Boston, Los Angeles — it’s not so very popular in Wilkes-Barre and Scranton,” he said.

Nothing is being taken for granted. As a campaigner insider said, “If Trump stops visiting Pennsylvania, then you’ll know that the state is lost.”