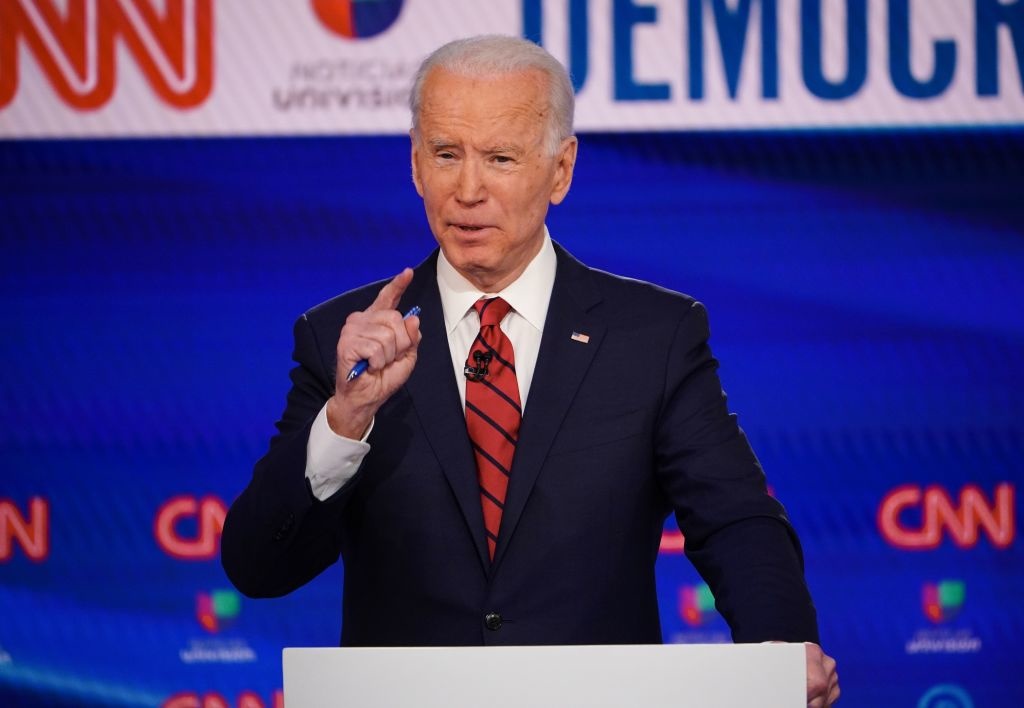 During one exchange about fossil fuels and fracking, Biden said that he would end oil drilling — “period.”

If Biden were to enact such a policy as president, he would remove the U.S. as the world’s top producer of oil. Currently, the U.S. accounts for nearly 20% of the world’s daily oil production at more than 15 million barrels per day.

The natural consequence of ending oil production would be increased dependence on OPEC member-nations for oil, which would send gas prices through the roof and force millions of motorists off the road.

In fact, Biden said that is exactly what he wants to do.

While advocating for alternative forms of mass transit — such as high-speed railways, like those used in Europe — the former vice president said he wants to substantially decease the number of drivers on the road.

“We in fact have the ability to lay down the tracks where no one can change, change the dynamic, and that’s why we should be talking about things like I’ve been talking about for years: high speed rail, taking millions of automobiles off the road,” Biden said.

If the 2020 Democratic primary has revealed anything, it is that the Democratic Party is racing to the far-left on environmental issues. In fact, even Biden, who is a moderate, embraces the socialist Green New Deal.

On Biden’s campaign website he states that the Green New Deal “is a crucial framework for meeting the climate challenges we face” because it “powerfully captures two basic truths.”