Kamala Harris: Government ‘can and should’ legislate your meat consumption to combat climate change 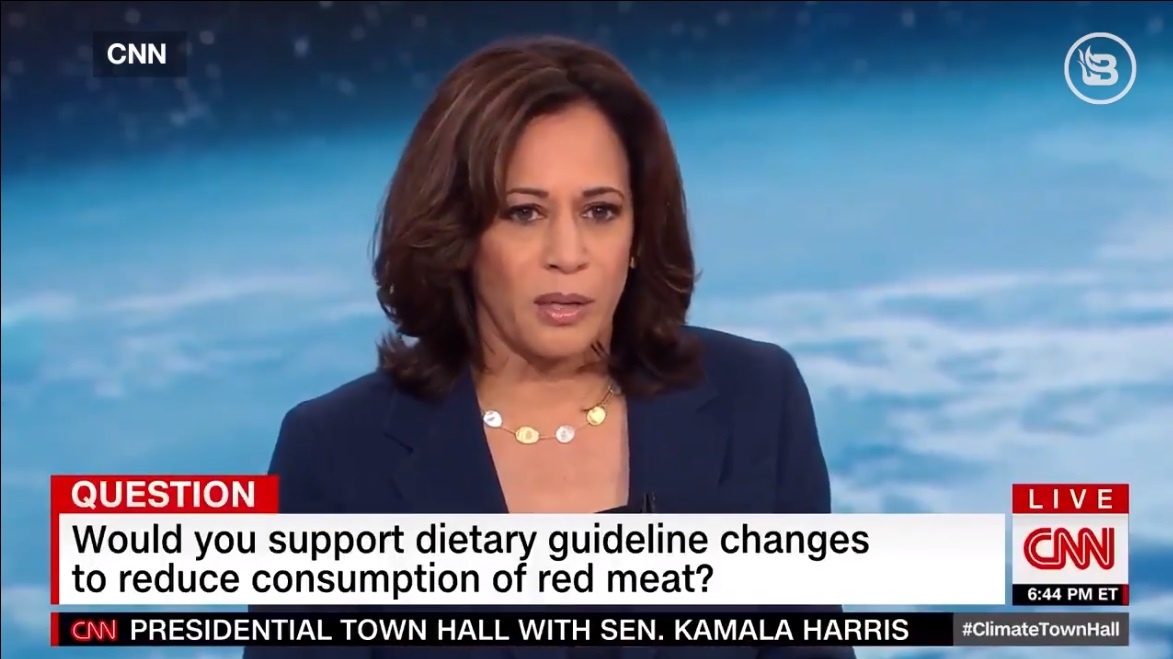 During CNN’s town hall on climate change Wednesday evening, Democratic presidential candidate Sen. Kamala Harris (D-Calif.) said she wants to ban fracking and reduce the amount of red meat that Americans eat, as part of her $10 trillion plan to save the planet.

On Thursday’s radio program, Glenn Beck and Stu Burguiere reacted to Harris’ claims that fracking — and cheeseburgers — are bad for the environment.

Glenn started out by playing a clip from the CNN town hall. “There’s no question I’m in favor of banning fracking,” Harris said, adding that, if elected, she would take executive action on “day one” to prohibit fracking on public lands. “We have to just acknowledge that the residual impact of fracking is enormous in terms of the impact of the health and safety of communities.”

“Fracking, by the way, is the reason why we are no longer dependent on the Middle East for oil,” he continued. “We don’t need anything else. We are now the leader in oil and gas reserves.The leader. We are not dependent. For the very first time, we don’t have to worry about it and it’s because of fracking. You want to know why the price of gasoline is down? Fracking.”

“You want to know why our emissions are down? Fracking,” added Stu.

Glenn played a second clip in which Harris states: “The balance that we have to strike here, frankly, is about what government can and should do around creating incentives — and then banning certain behaviors. I mean, just to be perfectly honest with you, I love cheeseburgers from time to time. Right? I mean, I just do.

Watch the video clip below for Glenn’s response:

Use code GLENN to save $10 on one year of BlazeTV.

To enjoy more of Glenn’s masterful storytelling, thought-provoking analysis and uncanny ability to make sense of the chaos, subscribe to BlazeTV — the largest multi-platform network of voices who love America, defend the Constitution and live the American dream.