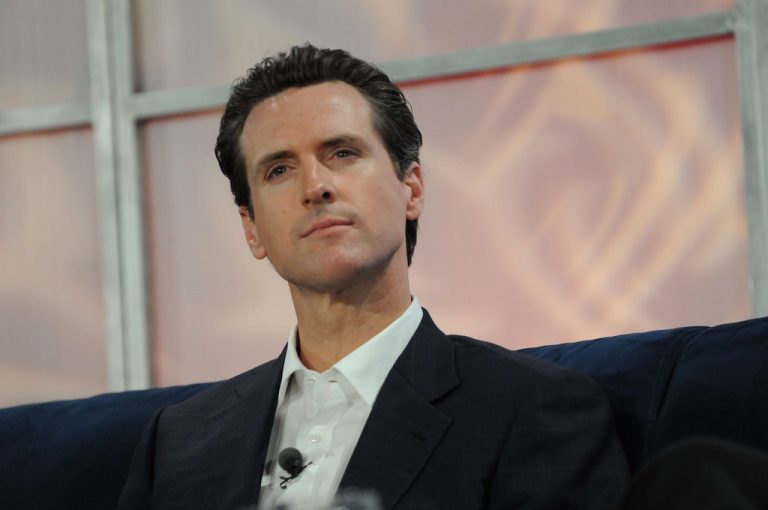 Following up on his vow for California to take more ambitious steps to reduce climate change in the wake of devastating wildfires, Gov. Gavin Newsom on Wednesday announced California will prohibit the sale of all new cars and light trucks that run on gasoline starting in 2035.

At least a dozen countries around the world already have similar laws in place by 2030, including England, Germany, Norway, Sweden, Israel and India. Canada and France have announced a similar phase-out of internal combustion engines by 2040.

But Newsom’s move to make California the first state to take such a step is historic, a landmark environmental marker that is expected to ripple across the United States. With 40 million residents, California is the largest vehicle market in the United States, and its emissions laws for decades have shaped how cars are made.

“This is the most impactful step our state can take to fight climate change,” Newsom. “For too many decades, we have allowed cars to pollute the air that our children and families breathe. You deserve to have a car that doesn’t give your kids asthma. Our cars shouldn’t make wildfires worse – and create more days filled with smoky air. Cars shouldn’t melt glaciers or raise sea levels threatening our cherished beaches and coastlines.”

The new rules, which came in the form of an executive order, will not affect existing gasoline or diesel-powered vehicles. Those will still be legal in California and can continue to be bought or sold as used cars.

The new rules will affect new passenger cars, minivans and SUVs. Essentially, it is the beginning of the end of the internal combustion engine in California. Newsom and environmental leaders framed it as a way to create jobs in California by making the state the center of an inevitable transition already underway around the world, despite President Trump blocking new U.S. actions after calling climate change “a hoax.”

Passenger vehicles emit 28% of all the greenhouse gases in California, more than any other sector. The production and refining of gasoline and other fuels for them generates another 11% of the state’s greenhouses gases.

Newsom’s executive order, which he signed on the hood of an electric Ford sedan at the state fairgrounds in Sacramento, also set a goal for California to phase out issuing new permits for hydraulic fracturing, or fracking, by 2024. Although it accounts for only about 2% of oil production in the state, mostly in Kern County, fracking has been a flashpoint of controversy nationwide among some environmental groups because of concerns it can pollute groundwater. A ban will require the Legislature to pass a bill next year, however.

On vehicles, Newsom’s order is the most significant action he has taken to address climate change since becoming governor nearly two years ago. It is also among the most significant actions the state has taken in the past 20 years, ranking with former Gov. Arnold Schwarzenegger establishing the nation’s first broad “cap and trade” market for companies to buy and sell credits to emit greenhouse gases, and Gov. Jerry Brown signing a law requiring 60% of the state’s electricity come from renewable energy like solar and wind by 2030, and 100% from carbon-free sources by 2045.

Newsom’s order requires the California Air Resources Board to begin writing rules to put the phase-out in place. The board, whose members are appointed by the governor, was established in 1967 by former Gov. Ronald Reagan to write rules to reduce the state’s notoriously bad smog. Since then the agency has passed rules requiring automakers to reduce tailpipe emissions of carbon monoxide, particulate matter and other pollutants, dramatically reducing smog.

The board also has required catalytic converters on new vehicles, and has mandated since 1990 that automakers produce hybrid and electric vehicles as a growing percentage of their new car fleets. Already California has more electric and hybrid vehicles on the road — from Teslas to Nissa Leafs to Toyota Priuses — than any other state.

Under the new executive order, the air board also will write regulations to require that new medium- and heavy-duty vehicles will be 100% zero emission by 2045 “where feasible.”

Newsom said earlier this month that the state would take more aggressive action to reduce greenhouse gas emissions in the wake of disastrous fires that have swept the state. Five of the six largest fires in recorded California history have occurred since Aug. 1, and several are still burning.

So far, 3.6 million acres have burned in California — nearly double the previous record — an amount equal to 1 out of every 27 acres statewide.

Experts point to a number of reasons for the bad fire year. They include the fact that Northern California received only half its average rainfall and Sierra snowpack this winter, leaving brush and trees very dry, and more than 150 million dead trees in the Sierra that were killed by the five-year drought that ended in 2017. A century of the federal and state governments fighting forest fires also has caused a huge build-up of vegetation, much of it dead, in many forests.

Scientists also say that climate change has made heat waves and droughts more extreme, creating more dangerous conditions for fires that are only expected to worsen as the temperatures continue to climb.

The earth’s climate continues to warm — up 1.8 degrees Fahrenheit over the last century and on track to go 8 degrees or more higher by the end of this century. The 10 hottest years since modern temperature records began in 1880 all have occurred since 1998, according to NASA and NOAA, the agency that oversees the National Weather Service. This August was the hottest on record in California, with heat waves sending temperatures to 115 in the Bay Area, 120 in Los Angeles County and 130 in Death Valley.