Susan Sarandon has taken a lot of heat, and anonymous Twitter threats, for her steadfast dislike of Hillary Clinton, both prior to and after the former Democratic candidate’s unsuccessful 2016 run for the presidency.

But if you thought the past 3 years of Donald Trump’s term might have caused Sarandon to question her firm anti-Clinton stance, you clearly do not know Susan Sarandon.

When asked by The Guardian in late 2017 if she truly believed Clinton would be a “more dangerous” president, the actress explained, “Not exactly, but I don’t mind that quote. I did think she was very, very dangerous.”

Says Sarandon, “We would still be fracking, we would be at war if she was president. It wouldn’t be much smoother.”

Lest you think the actress is targeting Clinton to the exclusion of other politicians, Sarandon also offered her critique of former President Obama’s administration.

In fact, it’s Clinton’s similarities to Obama that causes Sarandon the most concern.

“Look what happened under Obama that we didn’t notice,” she says when asked about the Trump administration’s approach to immigration policy, particularly with regards to young, undocumented Dreamers. “She would’ve done it the way Obama did it. Which was sneakily. He deported more people than have been deported now. How he got the Nobel peace prize I don’t know.”

Concedes Sarandon, “I think it was very important to have a black family in the White House and I think some of the stuff he did was good. He tried really hard about healthcare. But he didn’t go all the way because of big pharma.”

During the 2016 election season, Sarandon expressed her refusal to vote for Clinton, getting into a political feud with “Trumpian” Hillary supporter Debra Messing and suggesting that, as an upside, the Trump administration will at least “bring the revolution.”

Explained Sarandon in an endorsement letter supporting Green Party candidate Jill Stein, “Fear of Donald Trump is not enough for me to support Clinton, with her record of corruption.”

And it probably won’t surprise you that as in 2016, Sarandon is supporting Bernie Sanders in 2020, and even went to Iowa to campaign for him. 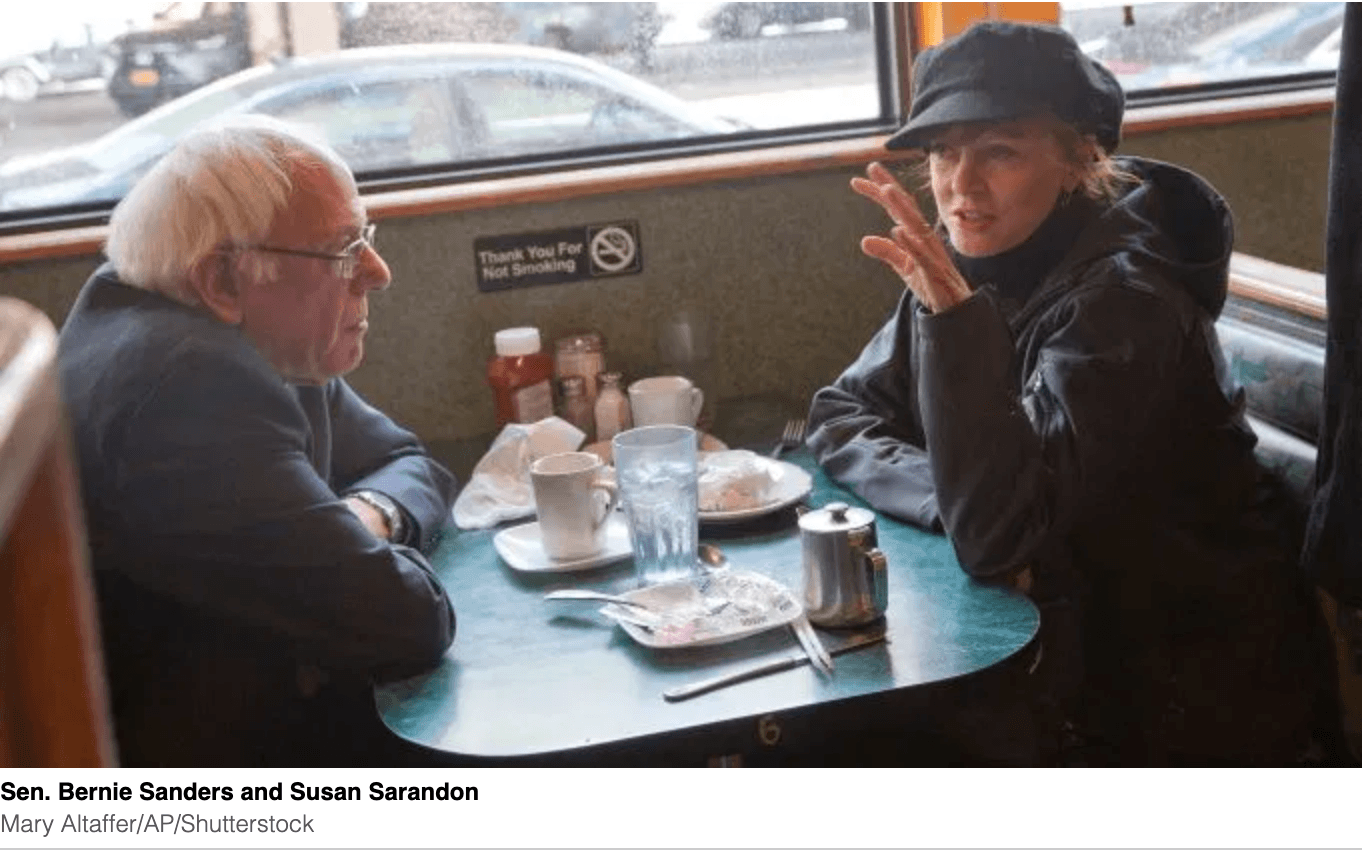 The post Susan Sarandon Says We ‘Would Be at War’ Had Hillary Clinton Won 2016 Election appeared first on Political Flare.