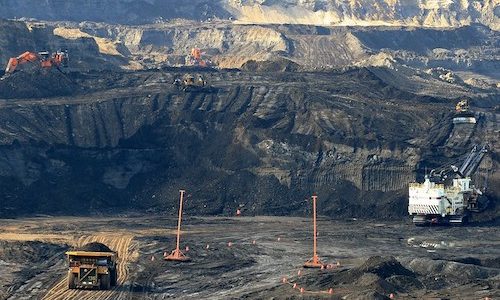 New York State’s pension has announced plans to drop the “riskiest” oil and gas stocks from its massive investment portfolio by 2025 and fully divest by 2040, making it the first U.S. state and the biggest pension fund in the world to make such a commitment.

“We continue to assess energy sector companies in our portfolio for their future ability to provide investment returns in light of the global consensus on climate change,” state Comptroller Thomas DiNapoli said Wednesday. “Those that fail to meet our minimum standards may be removed from our portfolio. Divestment is a last resort, but it is an investment tool we can apply to companies that consistently put our investment’s long-term value at risk.”

Like this story? Subscribe to The Energy Mix and never miss an edition of our free e-digest.

The Huffington Post says tar sands/oil sands and fracking operations will be among the first to feel the bite of a divestment that focuses on the biggest carbon polluters first. “By early 2021, the state comptroller’s office will complete a review of companies that produce tar sands oil, a particularly dirty source coming mainly from Canada,” including ExxonMobil subsidiary Imperial Oil, the online news outlet states.

“Over the next four years, officials will go on to review fracking firms, oil giants such as ExxonMobil and Royal Dutch Shell, oilfield service companies such as Schlumberger and Baker Hughes, and storage and pipeline builders including Enbridge and Energy Transfer Equity.”

“This is one of the most comprehensive divestment plans I’ve ever seen,” said 350.org campaigner Lindsay Meiman.

“New York State’s announcement offers both symbolic and substantive victories,” HuffPost writes. “The state is home to the world’s financial capital, and its $1.7-trillion economy ranks among the 15 largest in the world, with an annual gross domestic product nearly equal to Canada’s. Its pension fund historically owned $12 billion in fossil fuel stocks, including roughly $1 billion in ExxonMobil.”

And large as the New York pension fund is in its own right, the New York Times sees its influence extending beyond its own holdings.

“With $226 billion in assets, New York’s fund wields clout with other retirement funds, and its decision to divest from fossil fuels could accelerate a broader shift in global markets away from oil and gas companies,” the Times writes, citing energy experts and climate campaigners. “New York City, San Francisco, Washington, and several smaller cities have also adopted fossil fuel divestment programs, but New York State’s commitment to an even more sweeping plan is more significant, especially given the state’s centrality to the global financial markets.”

DiNapoli “had long resisted a sell-off, saying his primary concern was safeguarding the taxpayer-guaranteed retirement savings of 1.1 million state and municipal workers who rely on the pension fund,” the Times adds. This week, he “signaled that his main reason for adopting the new plan now was his duty to protect the fund and to set it up for long-term economic success in a world that is moving away from fossil fuels.”

Tom Sanzillo, director of financial analysis at the Institute for Energy Economics and Financial Analysis (IEEFA), agrees that other institutional funds will likely follow New York’s “bold and smart” example, noting that fossils have fallen from a one-time high of 28% of the Standard & Poors 500 index to just 2.3% today.

“Why is DiNapoli taking this step?” Sanzillo writes, in a post for the New York Daily News. “For most of the last decade, the oil and gas sector has been at the bottom of the stock market. They have been firmly in last place for the last four years. The price of oil is down and any increases are likely to be meager. The buying and selling of assets to consolidate the industry is producing anemic prices, and the outlook is negative.”

DiNapoli “is also aware that the oil and gas sector is losing out in the competitive reshuffling that is taking place during a time of fundamental change in the economy,” adds Sanzillo, who previously served as the state’s deputy comptroller. “Wind and solar power have displaced coal and is beginning to take market share from natural gas in the electricity sector. Electric vehicles now absorb significant amounts of auto industry capital and are gaining modest amounts of market share worldwide. Plastics recycling and bans on single-use products are growing.”

So as the Paris Agreement hits the five-year mark, “DiNapoli is now telling the people of New York and his colleagues in the institutional investment world that the moment has arrived to answer two simple questions first posed two millennia ago by a Jewish sage,” Sanzillo concludes. “If not us, who? And if not now, when?”