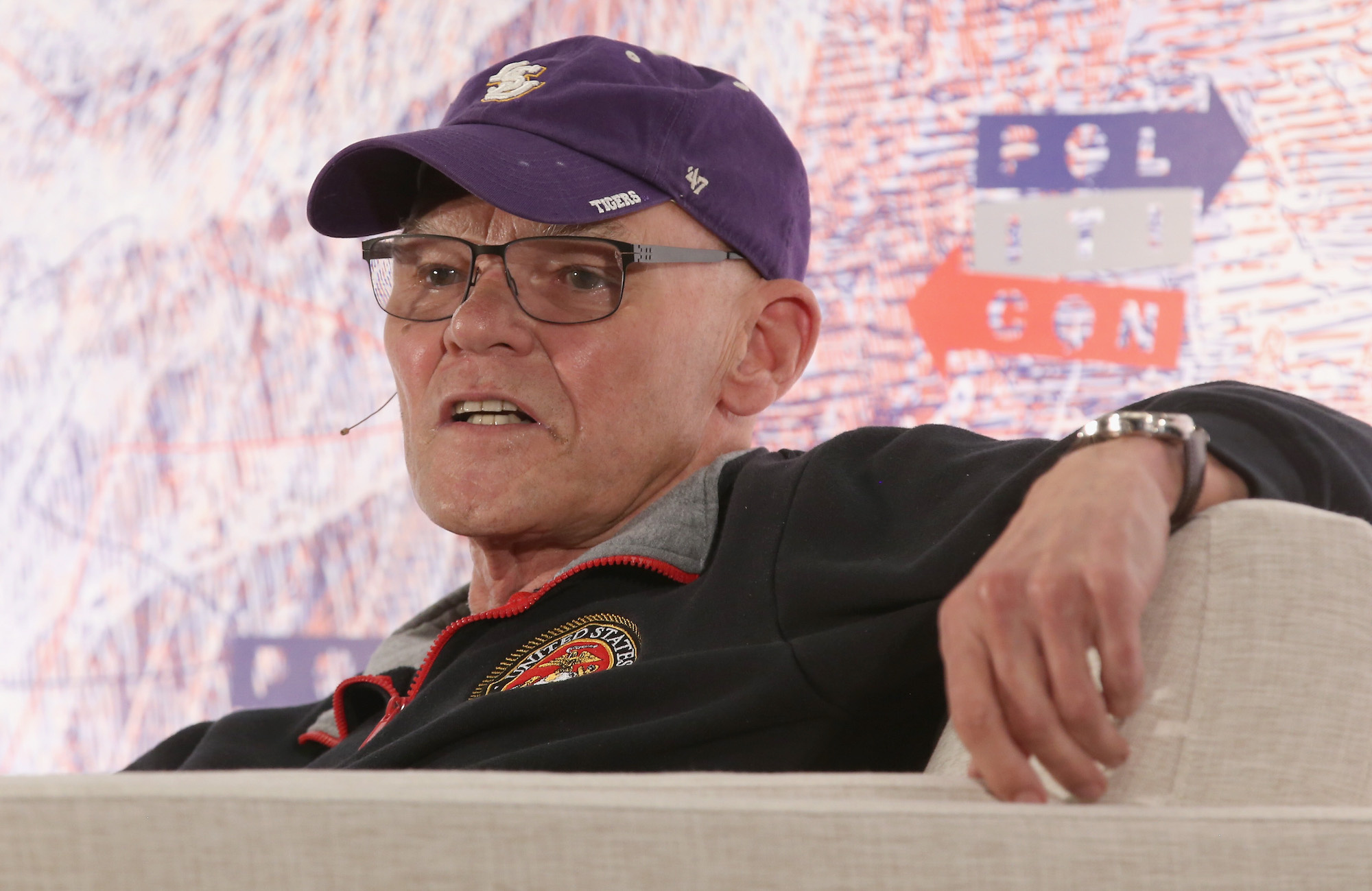 Well-known Democratic strategist James Carville continued to sound the alarm to his party that they are heading to defeat in 2020 if they don’t shape up and stop steering so far left.

Carville explained why he’s “scared to death” about the party’s chances
to Axios.

“Look, the turnout in the Iowa caucus was below what we expected, what we wanted. Trump’s approval rating is probably as high as it’s been. This is very bad. And now it appears the party can’t even count votes. What the hell am I supposed to think?” Carville asked rhetorically.

“I’ll just say it this way: The fate of the world depends on the Democrats getting their shit together and winning in November. We have to beat Trump. And so far, I don’t like what I see. And a lot of people I talk to feel the same way,” he explained.

Carville did not want to name who was to blame for the extremism in the Democratic party, but he contrasted the current state of the party to their victory in the midterm elections of 2018.

“I don’t know. We just had an election in 2018. We did great. We talked about everything we needed to talk about, and we won. And now it’s like we’re losing our damn minds. Someone’s got to step their game up here.

Carville said the Democrats were getting bogged down in distractions and cited several examples.

“We have candidates on the debate stage talking about open borders and decriminalizing illegal immigration. They’re talking about doing away with nuclear energy and fracking. You’ve got Bernie Sanders talking about letting criminals and terrorists vote from jail cells,” he added.

“It doesn’t matter what you think about any of that, or if there are good arguments,” he explained, “talking about that is not how you win a national election. It’s not how you become a majoritarian party.”

Carville gave an example that displayed how urban liberals were looking down at their fellow Americans, and said the attitude would doom the party.

A few weeks ago, Binyamin Appelbaum, an economics writer for the New York Times, posted a snarky tweet about how LSU canceled classes for the National Championship game. And then he said, do the “Warren/Sanders free public college proposals include LSU, or would it only apply to actual schools?”

You know how f**king patronizing that is to people in the South or in the middle of the country? First, LSU has an unusually high graduation rate, but that’s not the point. It’s the godd**n smugness. This is from a guy who lives in New York and serves on the Times editorial board and there’s not a single person he knows that doesn’t pat him on the back for that kind of tweet. He’s so f**king smart.

Appelbaum doesn’t speak for the Democratic Party, but he does represent the urbanist mindset. We can’t win the Senate by looking down at people. The Democratic Party has to drive a narrative that doesn’t give off vapors that we’re smarter than everyone or culturally arrogant.

The veteran strategist concluded by saying the only thing that mattered was power, and that even if some Democrats were right to argue for “rabbit hole” issues, they were threatening to disable the party’s ability to defeat President Donald Trump.

Here’s Carville talking about extremism in his party: