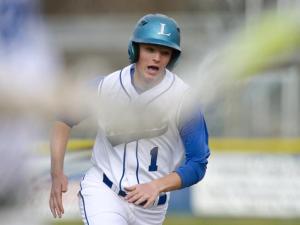 More than 100 prospective voters gathered in a conference room at the Millennium Harvest Hotel for the forum hosted by the Boulder Valley Rotary Club.

In attendance were the five candidates in the race to replace Boulder Democrat Jared Polis, who is running for governor. It is first time the entire slate of candidates shared a stage together in this current election cycle.

Perhaps at the forefront of the minds of the candidates and voters who attended was how, if elected, they would approach the issue of hydraulic fracking — both at the local level and across the country.

Thomas, who has worked for a video production company and his family’s real estate and property management business, said that fracking “would be the question of 2018, not only of the 2nd Congressional District but of the state election.”

Neguse, who resigned last summer from his job as executive director of the Colorado Department of Regulatory Agencies and is a Lafayette resident — a city in the middle of a moratorium on drilling while it grapples with an overhaul to its oil and gas regulations — said he is a strong proponent of local control and a “community’s ability to ban the practice” of fracking.

Williams echoed a similar sentiment, adding that the oil-rich region could lead the way for the rest of the country in how it chooses to regulate oil and gas. He pointed to his support for a 2,500-foot setback currently on tap for state legislators as one of the first steps in the right direction.

Williams is the former chairman of the Boulder County Democratic Party and a retired combat veteran, having served as a U.S. Air Force pilot, intelligence officer and Reserve Officers’ Training Corps instructor.

“I’m the only Democrat who will say that it is time to ban fracking — not if and not when, but now,” he added.

Their arguments faced some antagonism from the sole Republican on the stage, with Yu telling the evidently anti-fracking audience that the “problem is that you guys are spoiled. You forgot how expensive gas was (15 years ago).” The reason it is cheaper now, he added, “Is because fracking has exploded and has become our No. 1 resource for energy.”

On the topic of gun control, Yu also offered one of the only detracting points: “I’m all for making sure people are safe,” but the problem is that there “has never been a serious gun law that’s ever prevented a crime.”

Barris, a proponent of the Second Amendment, said the issue would not disappear overnight, no matter what policies were put in place.

“It is not only the guns,” Thomas said. “We need to deal with mental health issues — and it’s not just mental health either. We have a lot of issues that need to go into tackling this one problem.”

Neguse and Williams both said they supported an assault weapons ban, such as the one currently playing out in Boulder, as well as universal background checks and tighter regulations on loopholes. Williams, in pointing to his hard-line stance against money in politics, said the NRA’s influence in politics was one of the greatest barriers to any regulatory change.

“Follow the money,” he said. “The money is the NRA, spreading its dollars around so that folks get re-elected. And as long as the money is there, there isn’t going to be any change.”

While questions over the Deferred Action for Childhood Arrivals and Trump’s promised border wall garnered essentially the only agreement from the five candidates on Monday — with Barris saying “the idea that the wall is going to affect anything is complete insanity” — the issue of illegal immigration itself found some dissension.

While Williams said “the fight continues against this kind of xenophobic thinking,” and Neguse, a child of refugees from Eritrea in Africa, offering a pro-immigration stance, Yu offered a more conflicted take on the issue.

“There’s a right way to do (border control) and there’s a wrong way,” he said. “But in regards to illegal immigration, it is wrong. Their presence degrades our income levels and hurts our job markets. It is unfair to those who legally came here.”

The 2nd Congressional District is a multiple-county district that includes all of Boulder County other than the northeast county’s Longmont area — which is in the 4th District — as well as all of Larimer County and all or parts of Broomfield, Clear Creek, Eagle, Gilpin, Grand, Jefferson, Park and Summit counties.