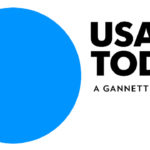 A fossil fuel baron is now an executive at the largest regional newspaper network in the United States.

On August 5, Gannett—the owner of USA Today and regional newspapers in cities such as Detroit, Indianapolis, Nashville, Phoenix and Des Moines—merged with GateHouse Media.

GateHouse, a digital news network with bureaus in cities such as Austin, Eugene, Beach, and Newport, is owned by an investment firm called New Media Investment Group. owned in turn by Wes Edens’ New Fortress Investment Group. The owner of the Milwaukee Bucks and a major donor to the Democratic National Convention, Edens also owns New Fortress Energy, a firm with investments in natural gas infrastructure worldwide.

“Press freedom and democracy decline as gas tycoon Wes Edens increases his media and political power – as his Gatehouse Media acquires Gannett, creating the largest newspaper company in U.S. history,” said Jeff Cohen, founding Director of the Park Center for Independent Media. “With environmental struggles often localized and fought over issues like fracking and pipeline construction, it’s a grave situation when a gas and fracking investor like Edens is the ultimate owner of an ever-increasing number of local dailies and weeklies.”

GateHouse purchased Gannett for $1.34 billion. It will now own 667 newspapers nationwide.

According to the University of North Carolina School of Media and Journalism’s research on media consolidation, Gannett owns nearly a quarter of the newspapers listed among the top 25 largest media companies in the country.

One of those is the Milwaukee Journal-Sentinel, the largest daily newspaper in Wisconsin. Milwaukee will play host to the Democratic National Convention in July 2020, with the festivities taking place inside of the arena for which the Bucks serve as the master leaseholder. On the whole, Wisconsin has five Gannett newspapers and another two publications owned by GateHouse.

Through New Fortress Energy, Edens owns a liquefied natural gas (LNG) export terminal in Florida, which ships gas to Jamaica and Puerto Rico. Puerto Rico has emerged as a major frontier for New Fortress’ business ambitions in recent years. And New Fortress has stated in business filings that it will rely heavily on gas obtained via hydraulic fracturing (“fracking”) from shale rock basins to send that product to market.

Since June 2017, New Fortress Energy has moved to open a new natural gas power plant and frac sand processing plant—fine-grained silica sand which creates fissures through which gas can flow during the fracking process—in Ohio along the Ohio River. GateHouse has 54 publications based out of Ohio, while Gannett has three major regional newspapers.

In 2017, the firm also requested a permit from the Trump Administration to ship LNG by rail, which is currently prohibited under federal law. A regulatory filing shows that if a New Fortress Energy subsidiary lands a permit from the Delaware River Basin Commission to deepen a port situated in New Jersey along the Delaware River, it intends to ship 400 trucks loaded with LNG per day to that $800 million terminal. Gannett has four newspapers in New Jersey, while GateHouse has two publications in the state.

Common Cause, a watchdog advocacy organization, has called the merger “unprecedented” and fears it could lead to cost-cutting layoffs for more local reporters. In a press release announcing the deal, the companies said the merger will lead to annual cost savings of $275-$300 million per year.

“The news industry is transforming due to technological changes,” said Michael Copps, a former Commissioner with the Federal Communications Commission and an adviser for Common Cause. “But at a time when thousands of reporters are currently walking the streets in search of jobs rather than working the beat in search of stories, more consolidation won’t address the current crisis in journalism.

Cohen says this is particularly troubling for the future of reporting on the climate crisis.

“Given his gas and fracking interests, who would want to be doing environmental reporting at one of the Gatehouse/Gannett publications?,” he asked rhetorically.

For his part, Mark Hertsgaard, author and environment correspondent for The Nation Magazine, says he believes the Edens-owned news network still has an ethical obligation to cover the climate crisis and its root causes.

“Climate change is the biggest news story of our time, and journalists have a sacred responsibility to inform the public about the dangers, and opportunities, at hand,” he said “Whatever his financial involvement with fossil fuels, as the new owner of the Gannett/USA Today Network, Wes Edens has a journalistic responsibility to allow, indeed encourage, his newsrooms to tell the truth, the whole truth and nothing but the truth about the climate crisis.”

Hertsgaard has, in that vein, invited the conglomerate to join a climate change coverage initiative he has created called Covering Climate Now. A project of The Columbia Journalism Review and The Nation Magazine, Hertsgaard Covering Climate Now “aims to help all news outlets do justice to this unfolding crisis.”