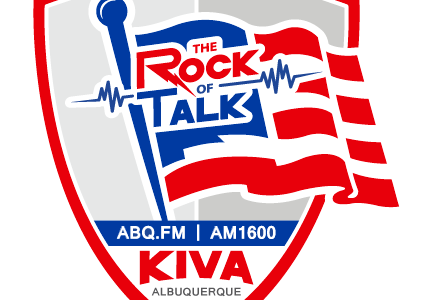 Joe BidenJudge throws out GOP lawsuit to close Georgia ballot drop boxes after business hours First responders serenade Fauci with ‘happy birthday’ Joe Biden can be the president for middle class workers and all races MORE was certainly not the climate movement’s first pick during the Democratic primary, his position on ending fossil fuel drilling on public lands was crystal clear: “No more drilling on federal lands, period. Period, period, period.” Biden has the power to act on this as soon as he takes office in January, and now that he has chosen an Interior secretary who supports this goal, it will be the first test of his climate commitment.

While much of his domestic policy agenda rests on Congress, Biden does not need to corral the slim Democratic majority to pass a bill that would please the Senate. He has the executive power to require the federal agencies that manage our public lands to prioritize protecting our air and water and slashing greenhouse gas emissions that are creating climate catastrophe.

This would be a substantial and necessary shift from the profoundly destructive practices of the Trump era. On his way out of his town, Trump has been conducting a federal lands fire sale, handing the fossil fuel industry land that belongs to all of us — including a frantic, legally dubious scheme to auction drilling rights in the Arctic National Wildlife Refuge right before Biden is inaugurated. This was shocking, the Trump years have seen a massive rush to lease public land for oil and gas drilling.

That’s one reason why a halt to new oil and gas leases on public lands would be a substantial first step for Biden. Another reason is simple climate math: Almost a quarter of our country’s total greenhouse gas emissions from fossil fuel activities occur on public lands. Any serious plan to slash emissions must start on public land.

While there will be pressure to get Biden to keep his word, some lawmakers will likely push a less ambitious approach. Last year, Democrats pitched a ‘net zero’ public lands bill. That benchmark is suddenly popular with major corporations too; even oil companies are patting themselves on the back for setting ‘net zero’ goals. The problem is that it is mostly an illusion; net zero creates loopholes for fracking companies to continue business-as-usual, while claiming that climate-destroying emissions from new drilling are ‘offset’ by improved land use practices, carbon capture technologies or unrelated renewable energy projects.

This is a familiar type of climate accounting scheme, where the existence of beneficial and necessary projects are used as cover for continued fossil fuel extraction. Drilling companies are more than happy to find creative ways to portray new fracking wells as a win for the climate simply because a solar array is being built somewhere else.

When it comes to creating climate policies that actually make a difference, our guiding principle should be simple: We must do everything we can to immediately and substantially restrict the supply of fossil fuels. That means no more drilling, no more pipelines, and no more fossil fuel power plants. Anything less than that represents a failure of ambition.

We can — and must — commit to this strategy everywhere, sooner rather than later. There is no easier place to start than on public lands. This policy shift must be combined with a federal government commitment to provide financial support for states like New Mexico, whose budget is heavily dependent on fossil fuel revenue. Relying on dirty energy development to pay for public schools creates terrible incentives to continue oil and gas drilling forever. It is time to end these fossil fuel Faustian bargains.

Navigating the path to meaningful climate action will be treacherous, and at all points there will be pressure to accept less-than-ideal policies for the sake of politically expediency. But bipartisan compromise will not deliver climate justice. The Biden administration has the opportunity to deliver on a key promise with an ironclad ban on fracking and fossil fuel development on public lands.