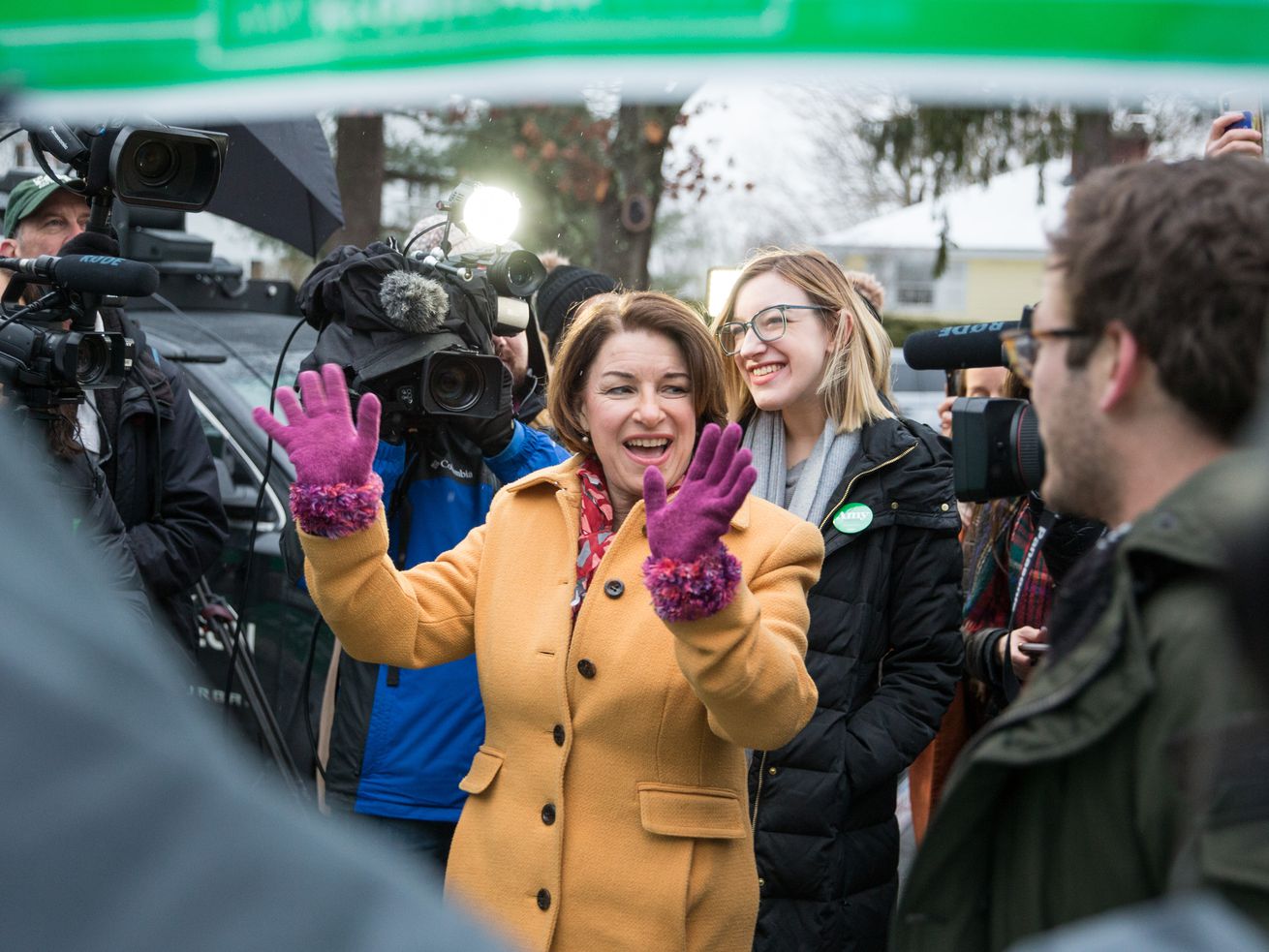 She has less baggage than Biden, and a real track record of winning Midwestern swing voters.

As a potential standard-bearer for the moderate wing of the Democratic Party, Sen. Amy Klobuchar has a much stronger electability case than her rivals in the center lane. And her strong showing in the New Hampshire primary should be an opportunity for Democratic Party stakeholders to take that seriously.

She’s not an incredible dynamo of charisma, but she does have a kind of charming dorky Midwestern shtick. She sticks to popular policy positions, and she has a strong track record of winning the kind of voters Democrats need to carry in November.

In the December presidential debate, Klobuchar raised a key question for Democrats: “Can you bring in those rural and suburban areas, particularly in the Midwest?”

As a popular senator from Minnesota, Klobuchar’s answer is yes, she can.

The fear that haunts Democrats is that even with President Trump’s unpopularity, they could beat him by 3 or 4 percentage points in the nationwide vote total and still lose if he does well enough in the Midwest, specifically in Wisconsin.

Democrats don’t currently have a candidate in the field who has run and won in Wisconsin (though I think whoever wins should strongly consider putting Wisconsin Sen. Tammy Baldwin on the ticket as vice president for this reason). Minnesota is, of course, adjacent to Wisconsin. It’s bluer, essentially because Minneapolis is a bigger city than Milwaukee and the state has more college graduates than Wisconsin. But the sensibilities are similar.

And Klobuchar does very, very well in Minnesota. Consider the 2018 midterms, in which Democrats did well in statewide races across the board:

The point isn’t just that Klobuchar won in an only slightly bluish Midwestern state. It’s that she specifically ran so much stronger than Walz and Smith. That Ellison, a left-winger who was under a bit of a cloud of scandal at the time, managed to win by 4 points is a testament to how big the blue wave of 2018 was. That Klobuchar so dramatically outperformed a standard Democrat like Smith is a testament to how popular she is.

Her other races have been like that, too. Back in 2012, President Obama won 53 percent of the vote in Minnesota. Klobuchar won 65 percent. In 2006, Tim Pawlenty narrowly defeated his Democratic opponent for governor in a race that also saw a significant third-party vote. Klobuchar won 58 percent of the vote in a landslide win that was also the narrowest of her three statewide runs.

Earlier this year, FiveThirtyEight computed a “popularity above replacement senator” score for every member of the upper house. It compares each senator’s home state favorable rating to the underlying partisan attributes of the state. Nos. 1 and 2 are West Virginia Sen. Joe Manchin and Alabama Sen. Doug Jones, who’ve run and won in deep-red states. No. 3 is Klobuchar — a Democrat who is just really good at making Midwesterners like her.

Klobuchar’s case is way stronger than that of other moderates

When I wrote the case for Sen. Bernie Sanders, I cited his distinctive progressive views on national security and monetary policy issues as key considerations.

If you think that stuff is important (and I do), then taking a calculated risk on electability makes sense. But it was, to me, especially compelling when the alleged electability alternative was a septuagenarian former vice president who backed the war in Iraq and is already plagued by questions about whether his family has gotten rich through trading on his name.

Klobuchar, by contrast, is a Sanders alternative who offers a genuine trade-off — she’s running on a less ambitious agenda, but that consists almost entirely of being careful to avoid politically unpopular positions. She’s for taking action on climate change, but not for a fracking ban. She’s for a public option and price curbs on prescription drugs rather than an expensive Medicare-for-all program. She’d do a better job than Sanders of appealing to swing voters, and Sanders would need to try to make it up by pulling in third-party supporters or new voters.

This is similar to the Biden pitch, but with stronger evidence. And basically everything Dylan Matthews wrote in his case for Pete Buttigieg applies as much or more to Klobuchar.

She’s spent most of the 2020 campaign being largely ignored because she’s simply not that distinctive or interesting. She’s the typical age for a presidential aspirant, has the typical qualifications, and has somewhat banal Democratic Party policy views.

But typical is typical for a reason. If you want a political revolution or to take a shot at imposing a wealth tax on America’s billionaires, then probably none of this is very persuasive. Fair enough.

For a long time, though, Biden was riding high on something much simpler — the perception he could beat Trump and restore basic competence and integrity to government.

Over the past couple of weeks, Biden’s shortcomings have started to loom larger and he’s plummeting in the polls. But if his basic message appeals to you — and clearly it does appeal to a lot of Democrats — you owe it to yourself to ask if Klobuchar isn’t the most effective vehicle for that message.