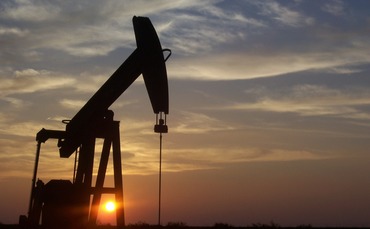 Energy and Clean Growth Minister Claire Perry has rejected calls from Cuadrilla to relax seismic activity regulations which have hampered the fracking firm’s attempts to drill at its site near Blackpool, it has emerged.

In a strongly-worded letter to Cuadrilla chief executive Francis Egan last year, Perry reaffirmed the government’s support for the existing ‘traffic light’ system, which forces a halt to any fracking activity that causes a tremor above 0.5 on the richter scale.

Since being granted permission to frack at the Lancashire site last year, Cuadrilla has frequently been forced to pause drilling due to tremors breaching the seismic standards, prompting Egan to warn  in an interview with The Financial Times that the shale gas sector “could be strangled before birth” by the existing rules.

Critics of fracking argue it is dangerous, unproven, and could blow a hole in the UK’s carbon budget, and several regions of the UK – including Wales and Manchester – have tweaked local planning rules to effectively ban the practice.

They also maintain the tremor regulations are essential to not just reduce impacts on local residents, but also reduce risks to well integrity, which could result in methane leaks.

Responding to Egan’s FT interview in her letter, Perry reaffirmed the government’s support for the shale gas sector in helping “play a critical role in helping the UK decarbonise”, although she also stressed there were no plans to modify existing regulations.

“While I hope the industry can thrive in the years ahead, I have always been clear that any shale developments must be safe and environmentally sound,” Perry wrote. “I note that your Hydraulic Fracture Plan was developed and reviewed over several months with reference to existing regulations, including the traffic light system, and at no point did you communicate that it would not be possible to proceed without a change in regulations.”

She added: “The UK has world-leading and environmental regulations to ensure that shale gas exploration is carried out safely and responsible. The government believes the current system is fit for purpose and has no intention of altering it.”

The letter, dated 2nd November 2018, was obtained under a freedom of information request and published yesterday on Greenpeace’s Unearthed website.

In a statement today, Cuadrilla said it was “obviously aware of the letter” and the government’s position on existing seismic activity regulations, and was “continuing operations as planned”.

“We have worked within the system during recent hydraulic fracturing at Preston New Road and as a result have a unique data set of information and operating experience,” the shale gas firm said. “We are now flow testing the well that has been fractured and are continuing operations as planned.”

Friends of the Earth had argued the Environment Agency failed to consider techniques which could reduce the environmental impact of fracking at Cuardrilla’s site, but this was rejected by the judge, according to the BBC.