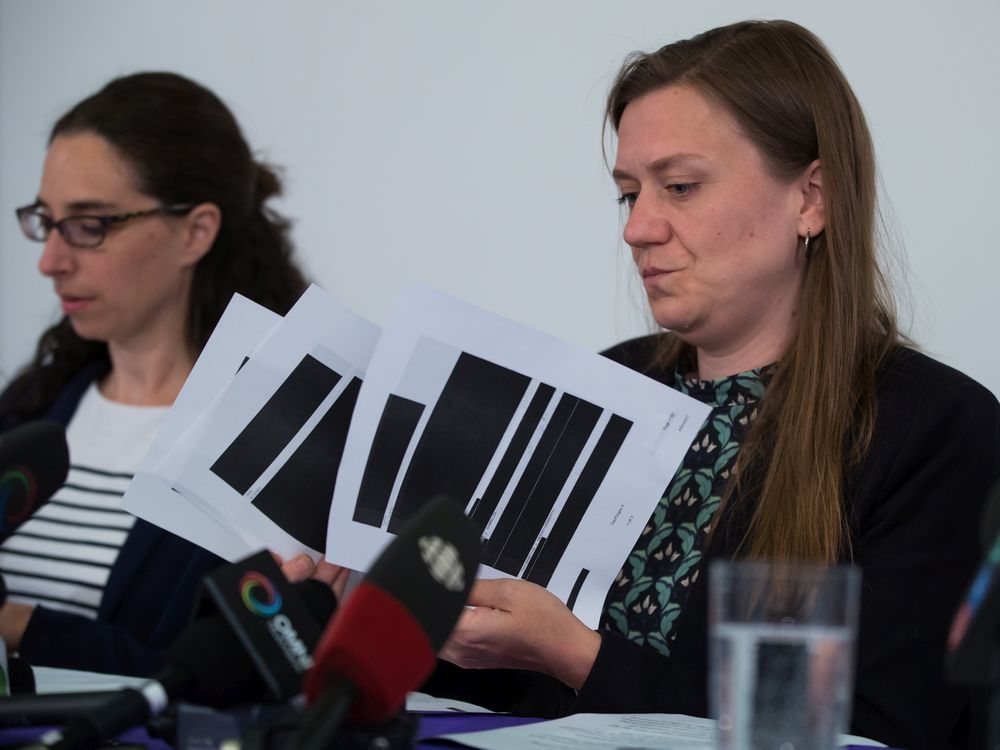 Defending our right to protest

CSIS is unlawfully monitoring water protectors and climate justice activists, according to BCCLA. This kind of police surveillance is not new, but it is deplorable.

These activities are examples of the diverse ways that corporate interests have manipulated democratic institutions.

Movements must be on guard for this kind of manipulation and defend our democratic right to diverse forms of protest.

Democratic institutions of all kinds are being misused for the interests of fossil fuel companies. Alberta Premier Jason Kenney is using public funds and public service employee capacity to think about how to root out and crush groups that are building a movement toward a sustainable future that provides opportunity and care for all people. His is not the first government to try to paint those working for a fossil-free future as deviants, criminals, or traitors – in 2012 Joe Oliver, then-Minister of Natural Resources, labelled us “radical groups” seeking to “hijack our regulatory system to achieve their radical ideological agenda.” The irony of this statement is not lost on me.

Joe Oliver’s statements were really formative for me personally – they came immediately after the UN Framework Convention on Climate Change (UNFCCC) negotiations in Durban in 2011, which I attended as a youth delegate. There I had witnessed Canada backed out on the Kyoto Protocol, and announce the approval of a $9B tar sands mine (it was then shelved in 2014 and purchased by CNRL in 2018). I remember standing in the airport in Toronto waiting for my luggage, exhausted from the disappointment that is international climate negotiations, and reading the news, and I saw this op-ed where Oliver slandered people like me for doing our best to stop fossil fuel interests from torching the planet with impunity. A few months later, the accusation that all climate activism was being funded by foreign interests came into vogue.

So it’s not very surprising to me that since the Harper era, police and security forces like the RCMP and CSIS have been used to track water protectors and climate justice activists and organizations, and other right-wing governments have taken up the mantle of accusing climate justice movements of being funded by foreign ideologues. Not surprising, but anti-democratic and disturbing.

In brief, the BC Civil Liberties Association made a complaint to the Security Intelligence Review Committee (SIRC) in 2014 alleging that CSIS was monitoring groups like #IdleNoMore, Dogwood Initiative, and the Sierra Club of BC because they had been active in the struggle against the Northern Gateway Pipeline. Heavily redacted documents from this case were recently released and show that many more organizations were being monitored than initially thought (including the Council of Canadians). The monitoring results were being shared with Enbridge, the company behind the pipeline. CSIS is only meant to monitor groups undertaking activities that pose a threat to ‘public security’, and as BCCLA argues in the released documents none of the groups have any history “whatsoever of advocating, encouraging or participating in violent or other criminal activity.”

CSIS is meant only to track and store data on relevant threats to public security. This begs the question of whose version of public security is behind these motives. Further, there are explicit rules for CSIS only to keep information that is ‘strictly necessary’ for it to do its job; this does not include keeping tabs on people who are totally within legal rights to have an opinion and express it through speech, protest, art, etc.

Alberta Premier Jason Kenney has launched $2.5M inquiry into the “well-funded foreign campaign targeting our energy industry,” according to CTV News . This is just part of his government’s $30M “war room” that was established to “to lobby on behalf of the province’s oil and gas sector.” For me this harkens back to Harper’s massive effort to audit environmental organizations and assess their political activity, further paralyzing these organizations from doing the work of creating and defending environmental protection policy.

While Kenney’s latest move does not explicitly include police surveillance of water protectors and climate justice activists, it can help us understand the varied ways that public funding can be leveraged in support of the fossil fuel industry without being a direct subsidy or tax break. It demonstrates the diverse ways that corporate interests have infiltrated our democratic institutions.

Public Safety Minister Ralph Goodale can ask for the release of the investigation into RCMP misbehaviour. Photo credit: CBC.

During the epic battle to stop fracking in the Siknuktuk district of Mi’kma’ki (eastern New Brunswick) the RCMP designated Indigenous rights demonstrations as a ‘National Tactical Intelligence Priority’. They wrote a report known as ‘Project Sitka’, which compiled information collected through monitoring the anti-fracking struggle and deemed 89 individuals as ‘threats’, many of whom were Indigenous water protectors. Read more about that here. Though we have seen a heavily redacted version of the Project Sitka report complainants have never seen the Civilian Complaint Report initiated by anti-fracking activists six years ago in 2013.

These are just three of myriad examples of public institutions being used at the behest of fossil fuel interests, demonstrating a clear capture of our democracy by this polluting industry. Of interest today is the use of police and surveillance forces to stifle and make ineffective social movements. The so-called “war on terror” of the last few decades has been used to expand police and surveillance forces to turn their eyes on domestic groups, including Indigenous, Black and other marginalized communities that resist extractive industry and mainstream economic policy that worsens inequality.

In each of these three cases the types of actions and strategies that have led to surveillance programs and smear campaigns are the types of activities the Council of Canadians engages in regularly: working in coalitions to build powerful movements (sometimes across state borders), speaking up in partnership with many other organizations to demonstrate our unity and power, hosting rallies and demonstrations, supporting frontline Indigenous resistance to extraction and other direct action, and engaging in legal strategies to assert our rights and hold governments and industry to account. All of these things are reasonable and strategic responses to the type of injustice our communities face by way of extractive industries and the dissolution of other means of democratic engagement. And now these activities are being limited and made more dangerous by way of police surveillance.

So what can we learn from these stories? Click through to read “Public security and interest: which public? Who decides?”