San Martín is full of oil men. This small, no-nonsense Colombian town in the department of Cesar, is hot, chaotic, and long accustomed to the presence of the petroleum industry. Ecopetrol, the state-owned oil company, is everywhere. Standing in the town center it is impossible not to notice that two out of three trucks that roll down the only highway through town bear the logo of the oil-giant, and all local economic activity is tied to the oil industry, at least indirectly. Ecopetrol workers keep the lights on in the half-dozen shabby hotels that dot the small city and buy food in the informal stands that surround the town square. The company employs many residents directly.

In January, this municipality will become one of two principal locations for fracking pilot programs, an endeavor the government plans to expand nationwide by the end of 2021. President Iván Duque has been a fervent proponent of fracking since winning the election in 2018. For years, advocates and oil companies, both domestic and international, have eyed the prospect of a shale extraction energy revolution like that which has occurred in the US in recent years. After a five-year push, they seem to finally be succeeding.

The government says it has no choice but to move ahead with “alternative extraction” programs. Falling oil prices, reduced production since 2015, and dwindling reserves have stagnated GDP growth, and the global pandemic has only worsened the economic situation. Reeling from a fall in global oil prices and a COVID-19 induced recession in the region, Colombia hopes shale extraction technology will offer a solution to sharp economic contraction. But critics worry about the environmental havoc fracking will cause in one of the most bio-diverse countries in the world, and also about the social impacts.

Nearly 300 Colombian activists have been killed already in 2020, 660 since Duque won elections in 2018, and over 1,000 since the peace accord was signed in 2016,according to peace monitoring group Indepaz, and a large number of these leaders have been environmental activists opposed to mineral extraction. 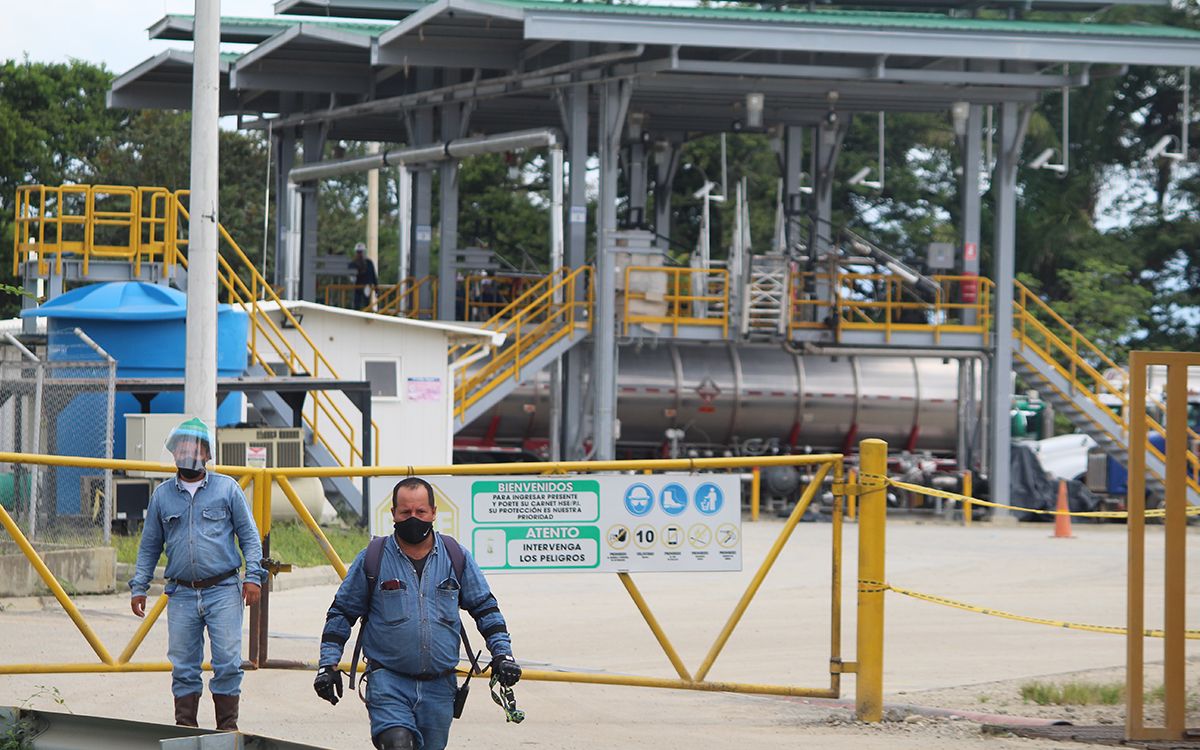 A recentjoint report by Colombian and German research groups stated that mineral and petroleum projects in Colombia are “an explicit cause of death, displacement, and threats to social leaders,” especially in conflict zones where many Indigenous communities live.

If the government was looking for the perfect region in which to start fracking, they certainly found it in Cesar. Just to the north of San Martín lies Aguachica, which during Colombia’s 50-year civil war was the major staging point along the Venezuelan border for right-wing “self-defense” paramilitary groups, colloquially called “paracos.”

The civil war officially ended in 2016 when the country signed an historic peace accord, but on most of the Colombian-Venezuelan border, as with many other conflict zones in the country, the end of the war was entirely theoretical. Paracos still have a strong presence in Cesar, where they regularly skirmish with the left-wing guerrilla group ELN to the east in the Catatumbo region of Norte de Santander. Oil and mineral extraction in Colombia has a long history of exacerbating social conflict, but Cesar is relatively stable and controlled by armed groups whose interests often align with the government. The population is largely accustomed to and supportive of Ecopetrol as well, which has engaged in more traditional oil exploration here.

That doesn’t mean everyone is happy with the decision, however.

Hector Hernandez García is an anti-fracking activist from San Martín. “Fracking is extremely dangerous for the environment, especially to groundwater, and this entire region is a river basin. The [subterranean] aquifers are all connected and tie back into the Magdelena river.” he says.  García has helped organize countless strikes and protests over the last few years, but as long as the oil workers union supports shale extraction technology, he feels anti-fracking activists in Cesar are fighting an unwinnable battle.

Opposition to oil exploration generally and fracking specifically increases considerably as one travels north. Near Valledupar, a city in the shadows of the Sierra mountain range, which borders the particularly biodiverse department of Magdelena, a population accustomed to empty promises from both the government and oil companies voices a common phrase: “They extract riches and they install poverty.”

Most residents I spoke to while travelling through the department of Cesar were unaware that fracking pilot programs were set to begin in less than a month, but opposition to the idea is fierce.

“No one can know the exact composition of minerals until exploration begins,” says Oscar Vanegas, professor of petroleum engineering at the Industrial University at Santander, “and fracking can release metal sediments and heavy crude, and even create chemical reactions that result in deep toxicity entering the water tables, where it is then consumed by flora and fauna.”

When asked by email how it planned to dispose of fracking wastewater, Ecopetrol replied, “All pilot programs have undergone extensive study, and will be sustainable long-term.”

Vanegas doesn’t believe the claims. “We don’t have the infrastructure the US does to dispose of this contaminated fluid properly. The most likely is that it will be stored in above-ground pools, where it poses a great risk of spillage and contamination.”

He also worries about the amount of water required for large-scale fracking operations in regions to the north, which already suffer from seasonal water shortages due to deforestation and poor land management. “I’m a petroleum engineer,” he continues. “I understand that we need petroleum and energy investment as a country. But the plan as it stands only benefits a very few and puts at risk a great many.”

In the US, landowners negotiate directly with oil companies if petroleum reserves are discovered on their property, but in Columbia land owners do not have the rights to oil reserves below the surface of their land. Instead, the national government holds the rights, and auctions them off to the highest bidder.

For residents where petroleum reserves are discovered, there is nothing to be gained from the exploration, and in the past international companies have taken what they want through “extraction grabs,” contributed little or nothing to local economies, and left behind only environmental devastation.

Miguelángel Sierra, a biologist from Valledupar insists the projects are a result of pressure from the private sector, which is seeking immediate gains rather than trying to solve the longterm energy problem. “Colombia is one of the most biodiverse countries on the planet,” he says. “Why would we endanger that for an energy program that is unlikely to last beyond 10 years? Of course, we need to address energy production. But why not use these resources for renewables instead of threatening the delicate ecosystems of [the] Magdalena [region]?” 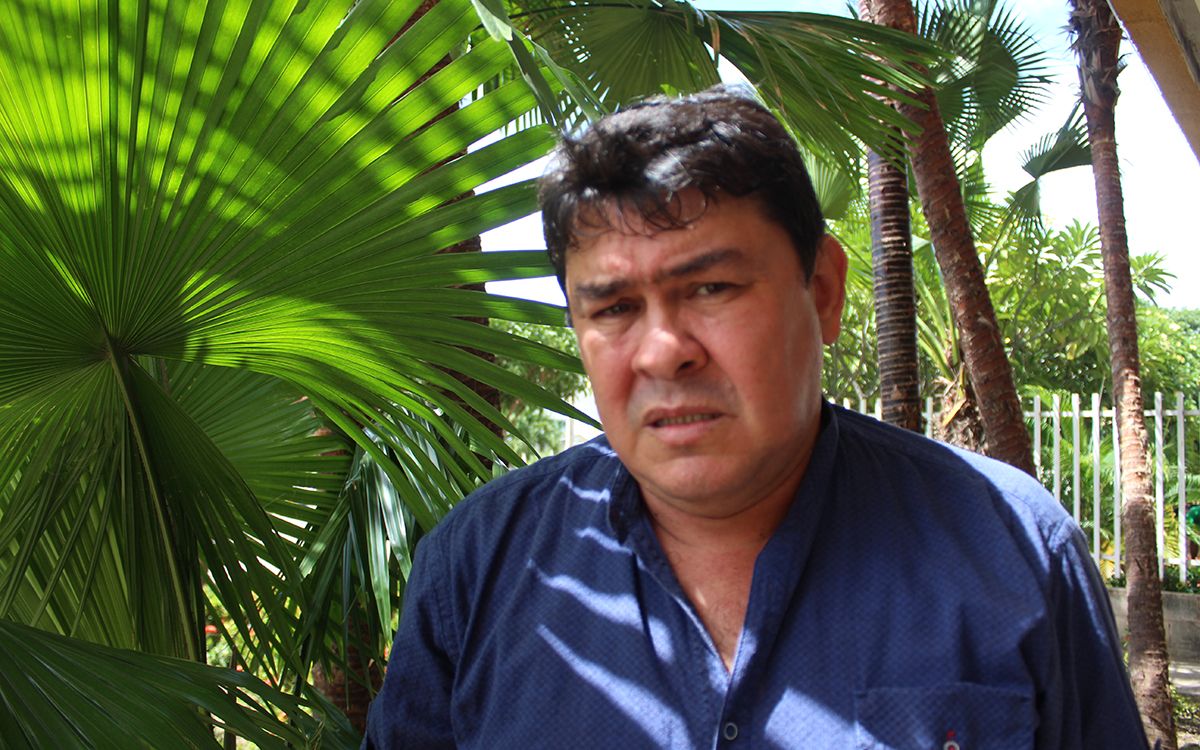 Miguelángel Sierra, a biologist in Valledupar

The government for its part asserts that environmental concerns are over-inflated and that they are taking precautions to avoid the mistakes of previous extraction projects. Miguel Lotero Robledo, the Vice Minister of Energy, laid out the government’s position in a recent conference, pointing out that the oil industry currently represents 12 percent of national earnings, 34 percent of foreign investment into the Colombian economy, and 56 percent of all exports. And he argued that fracking is a crucial path to Colombia surviving the looming Covid-induced recession.

“Part of the stringent requirements for these pilot programs is requiring investment in local communities, proper disposal of waste material, and building a responsible path to energy self-sufficiency in Colombia,” he stated.

According to government studies from April, shale extraction technology could quadruple the exploitable reserves of Colombia-reserves which currently are dwindling, and may bring about an energy revolution that could sustain the Colombian economy.

Miguelángel Sierra doesn’t buy it. “Oil is at a low, and holds no promise for the country long term. Coal and oil exploration however, benefit the allies of the government immediately, and private industry creates pressure for action,” he says. “Just north of us, in Guajira [a semi-autonomous Indigenous region] we have world-class conditions for both wind and solar farms, with year round 12-hour days of desert sun and steady jet stream currents, but the government wants to invest in oil. Ultimately, a small percentage of people stand to gain, and most won’t see any benefits at all.” He frowns, staring into his coffee as we talk at a small stand in Valledupar.

“They extract riches and they install poverty.”