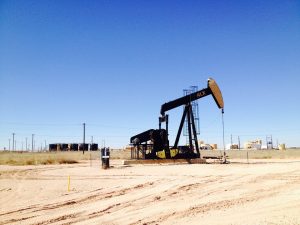 Feds to Open Over a Million California Acres for Oil, Fracking

(CN) – The Trump administration disclosed plans to open over one million acres in central California to oil drilling and fracking on Thursday, the federal government undeterred by the fact that no new drilling leases have been issued since 2013.

The 174-page draft report from the U.S. Bureau of Land
Management presents a plan to open public and federal lands to fossil fuel
extraction and the area would spread across multiple counties, including
Fresno, Kern, Kings, Madera, San Luis Obispo, Santa Barbara, Tulare and
Ventura.

Several environmental groups challenged the BLM’s framework
plan that opened the land to fracking in 2013 and a settlement was reached in
the Central District of California in 2017 that required the federal government
to study the effects of blasting water and chemicals into underground rock to
create fissures for oil extraction.

The settlement agreement also blocked the federal government
from auctioning any new drilling rights on public lands for at least a year.

BLM’s draft report released in 2019 offers insight into how
pollutants and emissions would be monitored, but clearly states any unavoidable
adverse effects from fracking are the same as they were in a 2012 final
environmental impact study.

Instead, the draft report is a “hard look” at the impacts
of hydraulic fracturing.

The Center for Biological Diversity, one of several
plaintiffs who challenged BLM’s original plan, views the new draft proposal as
putting Californians and wildlife in harm’s way.

“This administration is dead set on letting oil and gas
companies dig up every last drop of dirty fuel. Putting these public lands back
at the mercy of the fossil fuel industry would be a huge blow to our state’s
future,” said Clare Lakewood, a senior attorney at the center.

Drilling sites would be located on 400,000 acres of public
lands and 1.2 million acres of federal mineral estate, according to the draft
report.

But some dust and soil from operations could drift to
nearby communities, and at least 4.9 tons of nitrogen oxide could be emitted
from the sites per year, per one scenario explored in the draft report.

“There’s no place for this backwards plan in
California’s clean energy future,” said Greg Loarie, an attorney at
Earthjustice, another group who challenged BLM.