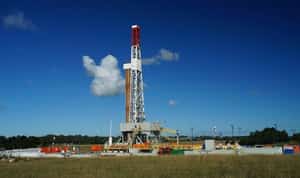 Some forms of fracking could soon be banned in Florida if a new bill passes.

A Florida fracking ban, or at least a partial ban on the oil and natural gas exploration method, could come into effect in the near future if a new fracking bill is passed into law. The bill would result in the ban of the two most common forms of the practice, one of which being hydraulic fracturing.

Fracking exploration will still be permitted with a rock-dissolving method that uses acid.

The Florida fracking ban would prevent hydraulic fracturing, which injects high-pressure liquids into the ground to create fissures in rocks to let pockets of oil and gas flow freely. This method has been associated with earthquakes and has spiked fears of its waste water infecting water supplies.

That being said, the bill would still allow a fracking method that was once called matrix acidizing. This method of fracking involves dissolving rock with acid and has been used for decades in the state to clean out or restore wells without reportedly contaminating water supplies or damaging the environment.

“The fact is,” says Republican Senator Doug Broxson of Pensacola, according to the San Francisco Chronicle, “we have to have that production. Florida has very limited resources as far as what’s in the ground. Let’s don’t interrupt what we’ve done right.”

Some say that the proposed Florida fracking ban isn’t a ban at all if not all methods of the practice are prohibited.

Opponents of the new bill, which was approved, 3-2, by the Senate Agricultural Committee (with both democrats voting against it), say that the rock-dissolving acid method could still threaten Florida’s fragile ecosystem and water supplies.

Environmental groups, among other of the bill’s opponents, say that acids that dissolve rock could still contaminate crucial groundwater supplies and that not banning all forms of fracking is essentially no ban at all.

Those in the state who are against fracking worry that Florida’s porous common limestone rock could make the acid technique a threat to underground water aquifers on which many people depend for drinking water.

“I think we need to put a stake in the ground and say no to fracking,” Democratic Senator Bill Montford of Tallahassee said.

Montford also has a Florida fracking ban bill awaiting a vote, which would ban all forms of the practice in the state if passed.