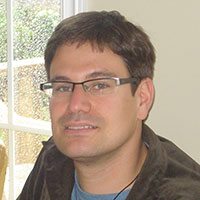 Fracking can lift the Maritimes out of economic doldrums | Troy Media

The economic recovery after the COVID-19 pandemic should include Nova Scotia and New Brunswick lifting restrictions on natural gas fracking.

However, the oversupply problems seem to be worse for American liquefied natural gas (LNG) exports, given that the administration of President Donald Trump has ramped up fracking in the United States. And the same observers are saying an export route could help with the glut.

Maritime producers – as well as Quebec – could fill this need on world energy markets.

The two Maritime provinces have varying restrictions on hydraulic fracturing or fracking, although New Brunswick was showing signs of easing its moratorium before the pandemic.

New Brunswick’s duty to consult policy hasn’t been updated since 2011; it contains hopeful but nebulous and vague language. Both New Brunswick and Nova Scotia need to clarify their consultation protocols to avoid litigation.

Well before the pandemic, Nova Scotia discussed developing fracking regulations. But the debate was largely short-circuited by activists, who have created fear and misinformation about fracking as it’s practised in Canada.

In 2018, an independent study commissioned by the provincial government estimated that natural gas trapped in Nova Scotia’s shale beds, recoverable only by fracking, could be worth $14 billion to $40 billion.

Ezra Levant, in his 2016 book Groundswell, laid out a compelling argument for fracking in the Maritime provinces.

New Brunswick is home to one of the richest shale gas deposits in the country. Former premier Frank McKenna – whose Liberal government did a great deal to bring economic development to the third poorest province in Canada – estimated that New Brunswick’s shale-gas industry could generate more than $7 billion in royalties and tax revenues for the government.

At the time Levant’s book was written, the province had an annual budget of $8 billion, so fully realizing the province’s natural gas potential would be a significant economic game changer.

With Atlantic seaports, the provinces could combine to be an energy exporting hub, sending natural gas to international markets such as Asia and Europe.

Indigenous people in both provinces should realize the amazing potential of natural gas to revolutionize their communities. They need to engage in good-faith discussions to allow fracking in environmentally safe and sustainable ways.

Ambitious and hard-working young people from Atlantic Canada have migrated to the Western provinces to tap into resource-development jobs. But they could have the same sort of employment in their own provinces. That makes any Atlantic moratoriums on fracking doubly hypocritical.

Nova Scotia is a poor province with inordinately high taxes. So it’s a shame it’s not allowing exploration that could jump-start its economy and allow its native sons and daughters to work in their own province.

Maritime provinces and Quebec should be developing their resources now as natural gas prices recover. They should not simply be watching U.S. producers dominate the market.

The provinces must also remove vague language in Indigenous consultation policies, for the benefit of all Maritimers.

Joseph Quesnel is a research associate with the Frontier Centre for Public Policy.

Joseph is a Troy Media Thought Leader. Why aren’t you?