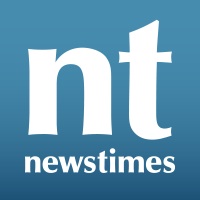 With anti-fracking petitioners confirmed as having reached their goal, the selectmen scheduled a public hearing and town meeting in early January on a law to ban hydraulic fracturing in Ridgefield, as well as storage, transportation or use of fracking wastes and by-products.

“The Town Clerk has verified the signatures,” First Selectman Rudy Marconi said of petitions turned in Nov. 9 by a group of citizens led by Michael Garguilo.

Under town charter and state statutes, petitioners seeking to call a town meeting need to collect valid signatures equal to 2 percent of the town’s registered voters. With a little over 18,000 voters, that’s a few more than 360 signatures.

Garguilo said on Nov. 9 that his group had turned in petitions signed by 674 people who want to vote on the fracking issue. And Marconi said that Town Clerk Wendy Lionetti had completed the needed verification of the signatures.

“There were well over 400 — more than enough,” Marconi said.

The Board of Selectmen discussed the matter Wednesday night, formally accepting the petition with signatures verified as valid by the town clerk, voting to scheduled the town meeting as required, and deciding a public hearing would be good, as well.

“We have to set a date for a town meeting within 45 days,” Marconi had said before the meeting Monday. “…It would be important for most citizens to have public hearings associated with this, so people can be educated on this and know how they should vote.”

One of the reasons local fracking opponents petitioned for the town meeting is that the selectmen — while not opposing their request for an ordinance — discussed it for months and months, even drawing up their own alternative version, without taking definitive action.

Both ordinance proposals would have banned the use of hydraulic fracturing for oil and gas extraction in town — which seems unlikely here, anyway — and addressed related issues, such as the storage or disposal of fracking wastes or byproducts here, or their transportation through town.

An issue the selectmen were uneasy with concerned the use of products that contain by-products of the fracking process — which are sometimes reused in construction fill, or in commercial products such as road materials, or de-icing products.

The original ordinance proposal from the environmental activists required that contractors or others working in town provide certification that products they’re using do not contain fracking waste. The selectmen wondered whether people using purchased products could reasonably be expected to know the origin of all component materials.

Kristin Quell-Garguilo, who appeared before the selectmen back in January asking that Ridgefield adopt an anti-fracking ordinance, wrote to them in September urging action on the requested ordinance. The reuse of fracking wastes spread toxins such as “radioactive radium, lead and chloride,” she said.

The ordinance wording proposed by local environmentalists had been passed by 49 Connecticut towns and cities, five New York County legislatures, and 156 municipal corporations in New York, Quell-Garguilo wrote to the selectmen.