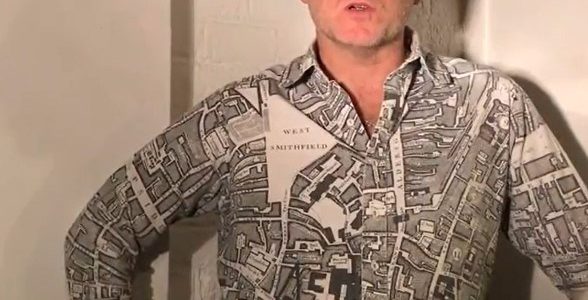 The government is being challenged in the High Court this week over its planning policy on fracking.

The campaign groups, Friends of the Earth and Talk Fracking, are seeking judicial reviews of the revised National Planning Policy Framework, issued on the final day before the parliamentary summer holiday in July this year.

The framework, also known as the NPPF, sets the policy for planning decisions across England, including onshore oil and gas projects.

It said mineral planning authorities should put in place policies to “facilitate” the exploration and extractive of onshore oil and gas, including unconventional hydrocarbons like shale gas. It also said local authorities should recognise their benefits of these sites for energy security and a transition to a low-carbon economy.

Friends of the Earth will argue on Tuesday (December 18) that the revised NPPF had no regard to environmental impacts and that it posed a risk to the climate and environment.

The framework was unlawfully adopted, the organisation will claim, because the government did not do a strategic environmental assessment (SEA).

Friends of the Earth wants to force the government to carry out an SEA, which, it said, could help to identify different approaches to achieving UK climate emission targets. The organisation also wants the government to consult the public and modify the framework based on those findings.

Will Rundle, Friends of the Earth Head of Legal, said:

“The government’s national planning framework, which directs development in every single community in England, has never been environmentally assessed. This makes a mockery of the government’s green credentials and undermines sustainable development.

“In reality, the government simply does not know how much damage its national flag-ship planning policy could cause.

“The government’s failure to undertake any environmental assessment of its national planning policy, not only dangerously threatens our already warming climate and is, we believe unlawful, but shows contempt for people and planet.”

“Breaching duty of care over evidence”

Talk Fracking, led by the fashion designer and environmental campaigner, Joe Corre, has accused the government of basing the NPPF on what he said was outdated evidence.

DrillOrDrop reported earlier this year that the organisation had said the Local Government Secretary, James Brokenshire, had “blindly incorporated” the instruction to local authorities from what was described as a “flawed written ministerial statement”.

This was originally issued in September 2015 by the then energy secretary, Amber Rudd.

In an interview with the Canary, Joe Corre, accused ministers of breaching their duty of care to take account of scientific developments:

“They didn’t look at any evidence, even though Talk Fracking had supplied new evidence that showed that, far from it being a bridging fuel, [shale gas] actually exacerbates climate change and is a major contributor to climate change, particularly through the methane issue.”

He said recent scientific developments indicated there was no argument left for any kind of fossil fuel bridge to a low carbon economy.

Mr Corre said Talk Fracking hoped to force Mr Brokenshire to look at the evidence on shale gas and climate change and carry out a public consultation.  He said:

“We are trying to hold government and ministers to account and to exercise the duty of care that they are required to do. They have tried to pull the wool over everyone’s eyes and push these things through without people being able to do anything about it.”

The cases are due to be heard at the Royal Courts of Justice on the Strand in London on Tuesday morning (18/12/2018). The court and start time will be confirmed later this afternoon. DrillOrDrop will be reporting from the hearing.