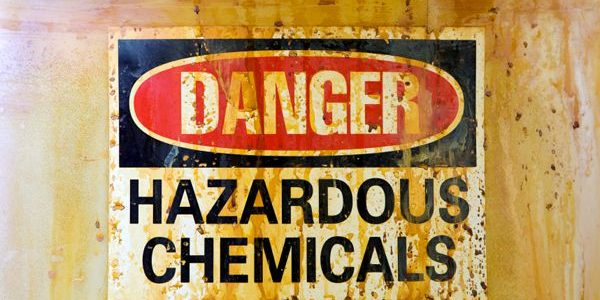 It seems as though, with each day that passes, yet another health and environmental hazard is identified as being linked to hydraulic fracking, the process of injecting more than 200 chemicals at high pressure into the ground, shattering rock and releasing one America’s most valued resources, natural gas.

Hydraulic fracking continues to be proven more dangerous than scientists imagined, with the latest research unmasking unthinkable health effects in residents living near a fracking site.

Only through observation have scientists begun to learn exactly which chemicals are being injected at high pressures into the earth, as the industry believes proprietary rights trump the public’s right to know about which chemicals make up fracking mixtures.

Scientists have observed eight poisonous chemicals near fracking wells in Arkansas, Colorado, Pennsylvania, Ohio and Wyoming, all of which have exceeded the federal recommended limit. Benzene, a known carcinogen, as well as formaldehyde, were the most common. Hydrogen sulfide, responsible for a range of health effects including death, was also found.

A study conducted by Dr. David Carpenter, director of the Institute for Health and the Environment at the University at Albany-State University of New York tested air samples taken by trained volunteers living near fracking wells.

The measurements were taken during “heavy industrial activity” or when the volunteers experienced symptoms such as dizziness, nausea or headaches, according to U.S. News. Other samples were taken during designated periods to monitor for formaldehyde.

Slightly less than half of the samples exceeded recommended limits, according to lab results. Samples that exceeded recommended limits did so by very high margins, with benzene levels ranging from 35 to 770,000 times greater than normal concentrations, comparable to a driver being exposed to 33 times the amount they would be while fueling their car.

Benzene, one of the four chemicals in diesel, produces known health complications in people, prompting the Food and Drug Administration (FDA) to require permits for any drilling involving diesel. However, an FDA loophole known as the “Halliburton Loophole” exempts fracking companies from restrictions set by the Safe Drinking Water Act and federal Clean Water Act.

“I was amazed,” said Carpenter. “Five orders of magnitude over federal limits for benzene at one site — that’s just incredible. You could practically just light a match and have an explosion with that concentration.”

Benzene is known to cause leukemia and cancers of other blood cells, as well as short-term effects like headaches, tremors, sleepiness and vomiting, according to Cancer.org.

Hydrogen sulfide, which carries a rotting egg smell, is linked to asthma, headaches, poor memory and eye irritation. Formaldehyde, also a known carcinogen, is linked to nasopharyngeal cancer and leukemia, among other health effects.

Deb Thomas, a Wyoming woman who helped collect air samples while living across the road from a fracking well, reported the sudden onset of asthmatic symptoms. “I had an asthmatic episode — I’ve never had any asthma, I don’t have a history of asthma. I ended up at the hospital where they gave me breathing treatments. I’ve had really bad rashes.”

Thomas reported similar symptoms while taking air samples from unconventional oil and gas sites across the U.S. that are affecting low-income families.

“We see a lot of cognitive difficulties. People get asthma or breathing difficulty or nose polyps or something with their eyes or their ears ring — the sorts of things that come on very subtly, but you start to notice them.”