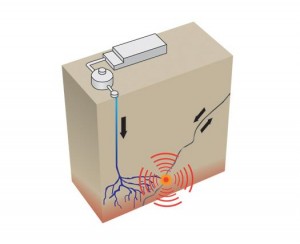 Is Geothermal Fracking Good For Hawaii?

Hydraulic fracturing is the fracturing of rock by a pressurized liquid.

Although Fracking is a technique used most often for extraction of natural gas, it is also used in geothermal energy extraction.  There are differing opinions on whether the Puna Geothermal Venture (PGV) Plant in Puna, Hawaii is fracking today.

Hawaiian Electric Light Company (HELCO) is soliciting proposals now to increase the geothermal power output in Hawaii County from 38MW to 88MW.  Several of the companies involved in the bid do utilize Enhanced Geothermal Systems which includes techniques to fracture and permeate the rocks.

Is Geothermal Fracking good for Hawaii?   While many connected to the geothermal industry believe it is, and many others distance geothermal from fracking all together, there is growing evidence that both the drilling and the injection of cold water into hot rocks used in geothermal energy plants does fracture the rocks, which can induce earthquakes and through contamination of the atmosphere and water tables can affect our health and safety.

There have been at least three studies released in 2013 that confirm the correlation between fracking and induced earthquakes.  Details and links to these studies are included on the pages above.

On November 6, 2013 the Big Island of Hawaii enacted Ordinance 13-115 to ban Fracking in Hawaii County.  There are however, no similar restrictions state-wide.  If you would like to support a statewide ban on Fracking, please sign the petition at the link below:

Geothermal Fracking on the Big Island

August 7, 2014 Incident at PGV – Hydrogen Sulfide released into the neighborhood

The similarity between geothermal and oil and gas fracking risks.

The above link provides an analysis of the litigation risk of both geothermal and oil/gas fracking.  Following is the summation of this legal opinion by Wiley Rein, LLP:

Based on the fragile nature of our Aina, it is crucial we ban Hydraulic Fracturing in Hawaii, just as  the other 406 city, county and state governments have done throughout the US.

Additional references and examples why geothermal fracking should be banned in Hawaii:

Geothermal Plant shut down due to induced earthquakes in Basil, Switzerland

Geothermal Plant shut down in California due to induced earthquakes.

Ormat Geothermal Plant shut down due to volcano activity in Guatemala

Water on fire???  Can Natural Gas Fracking really make this happen?  It can and it does.

Watch an interview with Josh Fox on the documentary movie Gasland II.