Landmark report on fracking to be updated and £7.6m shale gas research confirmed – DRILL OR DROP? 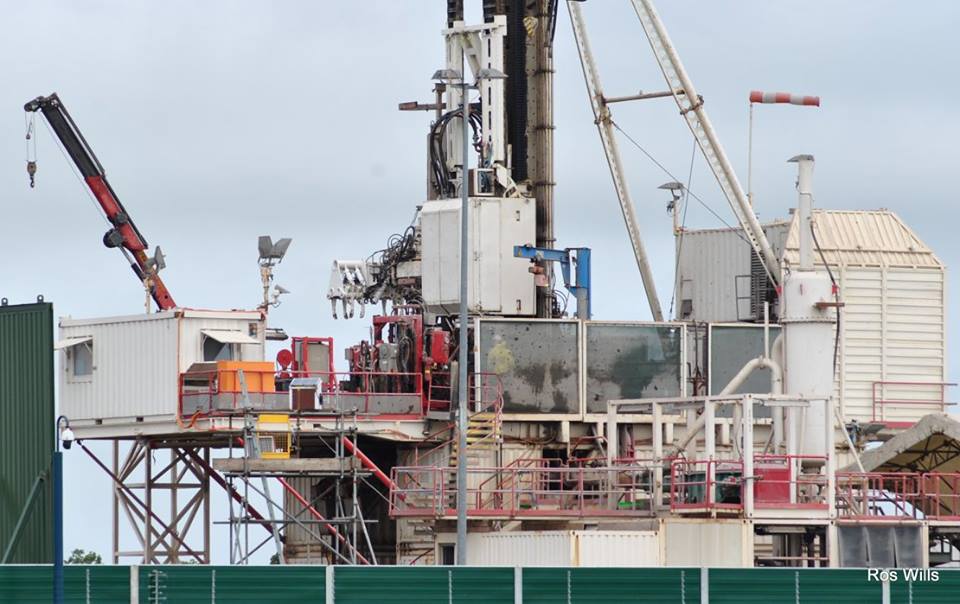 A report relied upon by the Government in its support for shale gas extraction is to be updated.

The Royal Society confirmed to DrillOrDrop that it planned to publish a new report on hydraulic fracturing this winter.

The new review, to be carried out with the Royal Academy of Engineering, will look at international evidence on fracking published in the past six years.

The news came as £7.6m of funding for research into UK fracking was confirmed. 17 research institutions will share the money for studies into the risks of fracking, distribution of shale gas, socio-economic impacts, public attitudes and participation and the UK shale gas landscape. (See £7m+ research projects in the second half of this post)

The previous review by the Royal Society and Royal Academy of Engineering, Shale gas extraction in the UK: a review of hydraulic fracturing, was published in 2012.

Commissioned by the Government and led by Professor Robert Mair, this report concluded that the risk of fracking was

“very low provided that shale gas extraction takes place at depths of many hundreds of metres or several kilometres”.

“The health, safety and environmental risks associated with hydraulic fracturing (often termed ‘fracking’) as a means to extract shale gas can be managed effectively in the UK as long as operational best practices are implemented and enforced through regulation.”

The terms of reference of the original report were to look at the major risks of hydraulic fracturing to geology and environment and assess whether and how they could be effectively managed. The study did not look at the risk to the climate or health or the use made of shale gas.

The conclusions are quoted regularly by ministers and supporters of fracking as evidence that shale gas can be produced safely in the UK. It was referred to in the key 2015 Written Ministerial Statement on Shale Gas and in Government guidance on fracking. It is also used by local authorities in information about fracking and was quoted earlier this year by the Environment Agency in its report: The State of the environment: water quality.

The 2012 report made 10 main recommendations. These comprised more than 25 individual actions, including the establishment of a single body to lead the regulation of a UK fracking industry – something which has yet to happen.

A traffic light system to respond to seismic activity during fracking has been implemented. Other recommended actions included:

The 2012 report said regulation must be fit for purpose and attention paid to the way in which risks scale up if the industry developed. There should also be further research into the carbon footprint of shale gas extraction, the report concluded.

There has been disagreement between supporters and opponents of shale gas extraction about the number of recommendations that have been implemented.

The new review is to be led by Professor Hywel Thomas, a member of the previous working group and a fellow of the Royal Society since 2012. He is Professor in the School of Engineering at Cardiff University.

He is known for research into the behaviour of excavated and compacted soil. His work is said to have improved understanding of how liquids and gases move through soils, including pollutants in landfill sites.

DrillOrDrop asked the Royal Society about the parameters of the new study.

“The Academies wish to determine to what extent international research into shale gas exploration and extraction has developed since 2012, and will produce a report considering the quality and relevance of this research, and any further research needs based on this evidence. We expect to comment during winter 2018/19.”

The 2012 working group was briefed by experts. One of eight previous evidence-gathering sessions was with non-governmental organisations. Sir Robert Mair said:

“We consulted widely with academia, government, industry and environmental groups such as Friends of the Earth, Greenpeace and WWF-UK.”

The new study seems unlikely that it will seek public submissions. A spokesperson said:

“As this is an analysis of published research already in the public domain, this piece of work is not suited to a broader call for evidence.”

The news has been welcomed by one of the academics who established a link between the Blackpool earthquakes and the UK’s first and only high volume hydraulic fracture by Cuadrilla at Preese Hall in 2011.

Emeritus Professor Peter Styles said research in the UK since then has either used data on US fracking or based on models of predicted seismic activity.

He warned that UK and US continental geologies were not the same.

Professor Styles has recently published a report on the dangers of fracking in former coal-mining areas, highlighting the increased risk of seismic activity in areas that are already stressed by mining. DrillOrDrop report

“The data which are probably most pertinent to an appraisal of the likely response of the Bowland Shale (and other likely unconventional oil and gas formations) to changes in stress, comes from analysis of the extensive catalogue of coal mining induced seismicity and its relationship to small-scale fractures which has been mapped in high detail during extremely intensive coal mining beneath Yorkshire, Nottinghamshire, Lancashire and Derbyshire where the main prospectivity for shale gas lies.”

Campaigners against fracking have been calling for the update of the 2012 review, along with other reports on the health impacts of fracking (Public Health England, 2014) and potential greenhouse gas emissions (Professor David MacKay and Dr Timothy Stone, 2013). Several campaign organisations welcomed the news.

“I am pleased they are reviewing this report. It is way out of date.

“It has become an embarrassment to the standing of the Royal Society.

It is almost as if they have been dragged, rather than gone voluntarily. But I am glad they are doing something about it.”

A spokesperson for the umbrella network, Frack Free United, said:

“While we welcome the news that the Royal Society are reviewing their desperately outdated report on fracking, we are concerned that this review appears to be taking place in secret, and all other academics, scientists and community groups are being prevented from submitting evidence for inclusion.

“This ‘behind-closed-doors’ approach is unlikely to win the trust of those communities currently threatened by fracking, and could allow the Royal Society to cherry-pick any reports to support the government’s pro-fracking agenda – as appeared to be the case when their first report was published in 2012 – while ignoring evidence that highlights the real and present dangers of shale gas production in the UK.

“We urge the Royal Society to open up the process and allow submissions of relevant research from other interested parties, or run the risk of their review being seen as another government-orchestrated fluff piece for the benefit of their friends in the fracking industry.”

A total of 26 fracking research projects, worth more than £7.6m, were confirmed yesterday.

Four individual projects are based at the Natural Environment Research Council (NERC)/British Geological Survey (BGS). Newcastle and Bristol Universities have three projects each, while Durham and Manchester are hosting two projects.

The largest sum (£1.794) goes to projects looking at risk and pathways, divided between eight institutions. A similar amount (£1.767m) goes to the seven institutions looking into the distribution of shale gas.

The grants have been distributed by the Natural Environment and the Economic and Social Research Councils. They said the research programme aimed to:

“NERC and ESRC recognise that unconventional hydrocarbon extraction is a complex issue requiring a holistic approach, encompassing knowledge from both the environmental and social sciences. Seven multi-institution consortium projects will be funded and will commence in summer 2018.”

Landmark report on fracking to be updated and £7.6m shale gas research confirmed
Please follow and like us: