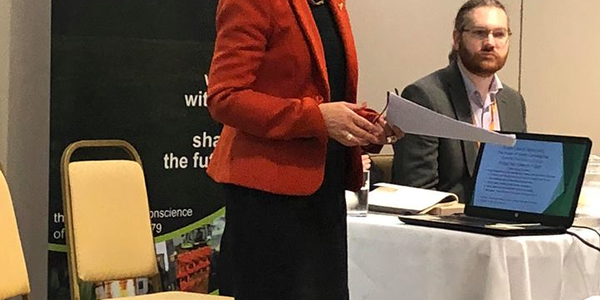 Today the Liberal Democrats led a debate in the House of Commons calling for an end to fracking because of its adverse impact on the environment and its incompatibility with tackling the climate crisis.

Liberal Democrat Climate Change Spokesperson Wera Hobhouse, who is leading the backbench debate, is also expected to warn the Conservative Government’s proposed changes to planning permission for fracking sites would deprive local authorities of their “historic rights of self-determination.”

The debate comes hot on the heels of the #FridaysForFuture movement which saw Swedish student Greta Thunberg inspire hundreds of thousands of school pupils across the world to strike in aid of tackling climate change, including in the UK.

“There is no doubt that fracking causes a massive amount of harm to both the immediate environment and our wider countryside, bringing with it the potential threat of earthquakes, water pollution, and green spaces transforming into industrial landscapes.

“Since the Conservative Government’s proposals on shale gas were announced, 300,000 people have signed petitions against their plans and forty councils have passed motions to reject them. They rightly demand better and it would be criminal to ignore them.

“The Liberal Democrats stand with the tens of thousands of young people march
ing to demand the climate crisis is adverted. We are categorically against fracking, and the damage it would inflict on our environment. It’s time Conservative Ministers listened, and ushered in an age of renewables.”
The motion that was debated is: That this House has considered use of permitted development and the nationally significant infrastructure project regime for shale gas exploration and production.

Notes: The subjects for these debates were determined by the Backbench Business Committee