There’s no doubt as to the positive impact that shale gas fracking would have on the American economy.  Combine that with some of the new alternative energy sources such as solar power, and America’s dependency on foreign energy could be eliminated.  So does that mean that should we drill now and worry about the effects it could be having on our environment later?

Well that’s not the “middle of the road” viewpoint presented by Abrahm Lustgarten at Propublica.org, whose long but action packed article says that nearly “30 trillion gallons of toxic liquid has been dumped” deep inside the earth: 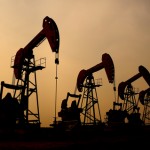 Records from disparate corners of the United States show that wells drilled to bury this waste deep beneath the ground have repeatedly leaked, sending dangerous chemicals and waste gurgling to the surface or, on occasion, seeping into shallow aquifers that store a significant portion of the nation’s drinking water.

There are more than 680,000 underground waste and injectionwells nationwide, more than 150,000 of which shoot industrial fluids thousands of feet below the surface. Scientists and federal regulators acknowledge they do not know how many of the sites are leaking.

Federal officials and many geologists insist that the risks posed by all this dumping are minimal. Accidents are uncommon, they say, and groundwater reserves — from which most Americans get their drinking water — remain safe and far exceed any plausible threat posed by injecting toxic chemicals into the ground.

“In 10 to 100 years we are going to find out that most of our groundwater is polluted,” said Mario Salazar, an engineer who worked for 25 years as a technical expert with the EPA’s underground injection program in Washington. “A lot of people are going to get sick, and a lot of people may die.”

This is an article that people against shale gas fracking should send to their state representative.  Even mentioned but not usually a part of the fracking conversation is the earthquakes that were caused by the high pressure chemicals being pumped into the ground.

Some of the comments that were on the site are also worth reading- I especially liked this one  ”All of these chemicals come out of the earth and are simply being returned to the earth.  We forget that one volcano releases way more toxins that decades of industrial pollutants.”

This may be true but,  I haven’t heard of any kids developing ADHD from volcanoes. Some 72,000 chemicals have been introduced into our environment since WWII with approximately 3% being tested. We’re cleaning with chemicals, drinking and bathing in them… breathing them… all because we want to pay 50 cents for a gallon of gas? Even the president is now in favor of fracking. What do you think? Please leave your comments below.