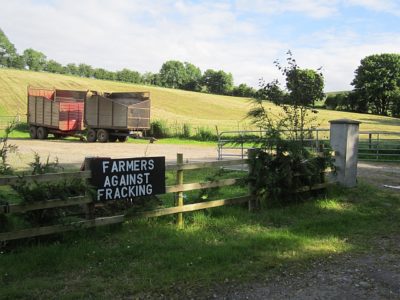 The property of citizens across the country is being robbed from them by big oil and natural gas companies. As fracking becomes more and more valuable, some companies have taken it upon themselves to start drilling on land that isn’t theirs, without the permission of the land owners themselves. Demand that this illegal seizure of property cease.

In West Virginia, the state’s Supreme Court recently ruled in favor of two land owners who were exploited by the natural gas company EQT Corp. The company had a lease to drill beneath their property, but was not permitted to venture on to the citizens’ property. Despite this, the company seized land, plowed through acres with trucks, and built pipelines. The Supreme Court said this abuse is considered trespassing under the law.

How many other property owners will fall victim to similar mistreatment? How many will have their properties infringed upon and their livelihoods changed forever? Sign the petition to demand that EQT never again trespass on a property owner’s land. Demand they respect an individual’s right to property and life.

Your corporation recently lost a major Supreme Court case and was convicted of trespassing on private property. Instead of respecting the rights and privacy of average citizens, you wielded your money and your power to illegally access their land for drilling.

This infringement can never happen again. You must respect the rights of the citizens you are hoping to work alongside of, not turn your shoulder and ignore their wishes. Never again trespass on private property.