New technology to employed in conjunction with Marcellus Shale development in Pennsylvania is going to produce Lithium, a key to renewables energy storage.

Lithium (Li) is a rare earth mineral and one necessary to produce lithium ion batteries used in renewables energy storage. Remember the fanfare about the giant lithium ion battery Elon Musk delivered to South Australia? It made no economic sense but was, predictably, given huge press as a breakthrough. One thing is certain, though; whatever Musk does with renewables and whatever success he has with Tesla depends upon the availability of lithium. We know this because he bought into a Nevada lithium mine, but it turns out there’s a better way to harvest the mineral through fracking!

It was all about the economic disruption being caused by Musk, that generally being a good thing for progress, but now there is further disruption—of the lithium industry. It turns out lithium can easily be obtained by reclaiming the minerals in fracking wastewater! Tow companies, Eureka Resources, with facilities in Bradford and Lycoming Counties, Pennsylvania, in the heart of the eastern Marcellus Shale region, is working with MGX Minerals ton extract lithium from the flowback and produced water collected from shale gas well drilling.

MGX Minerals Inc. and Eureka Resources, LLC have signed a Letter of Intent to form an exclusive joint venture to recover lithium from water produced at non-conventional oil and gas sites across the Marcellus and Utica shale formations in the eastern United States.

Deep natural gas reserves located in the Marcellus and Utica shale account for approximately 40% of all natural gas produced in the United States. The oil and gas operations in this region also generate large volumes of produced water.

MGX has developed a rapid lithium extraction technology that eliminates or greatly reduces the physical footprint and investment needed for large, multi-phase, lake-sized, lined evaporation ponds. Its technology also enhances the quality of lithium extraction and recovery across a complex range of brines as compared with traditional solar evaporation. This technology can be used on oil and gas produced water, natural brine, lithium-rich mine brine and industrial plant wastewater.

“We are extremely pleased to partner with Eureka,” stated MGX president and CEO Jared Lazerson. “The joint venture will look not only to install an initial rapid recovery system immediately, but views this as the first step in executing the strategic vision of Petrolithium. The extraction of lithium from oil and gas well sources is a broad paradigm shift for the energy sector. There may be a lot of lithium in the eastern U.S. Our clean technology unlocks this potential. Our joint venture plans to install multiple lithium rapid recovery systems at wastewater treatment facilities across the Marcellus and Utica shale formations.”

“This agreement marks a significant step forward in keeping Eureka in the forefront of advanced produced-water treatment. Through this joint venture, we can help meet the growing need for lithium while simultaneously making a positive environmental impact,” said Dan Ertel, president and CEO of Eureka Resources. “We are pleased to partner with MGX, which brings proven technical and commercial lithium extraction expertise to our business model.”

MGX Minerals is a diversified Canadian resource and technology company with interests in global advanced material, energy and water assets. Learn more at .

Isn’t it amazing what fracking can do? It can power a Tesla in more ways than one; powering the battery with lithium and providing the electric to charge the battery. Let’s not hear anymore about natural gas being displaced by renewables. To the contrary, it makes renewables possible. It can even do this: 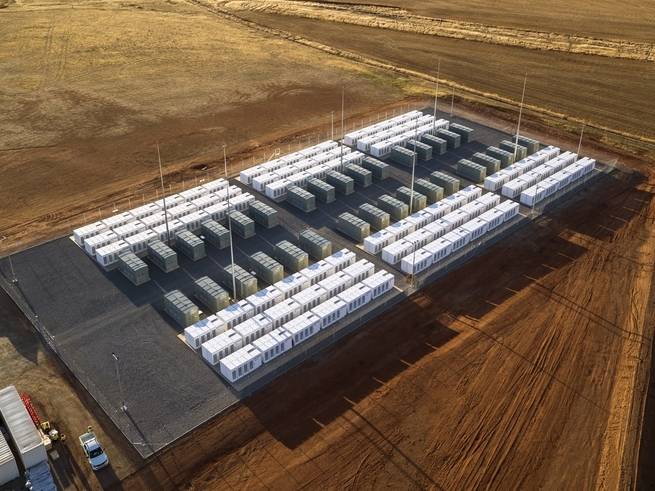